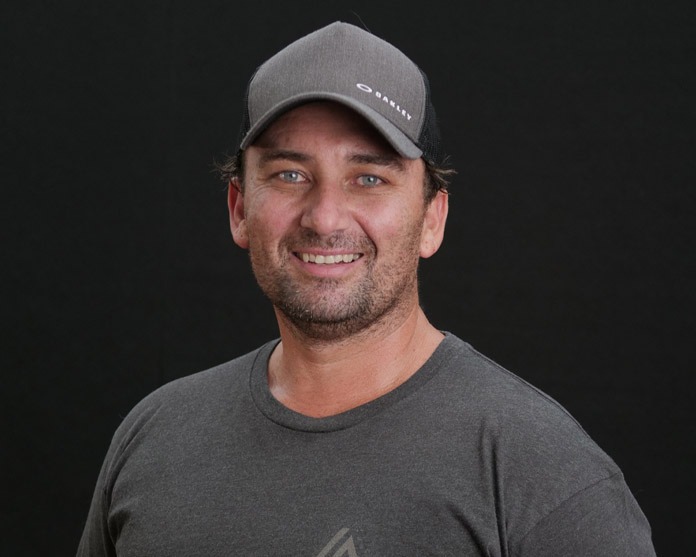 As we continue our superstar instructor series, we speak to Matty Clarke, the co-founder and frontman of A STATE OF RIDE – a new programme, born in the fires of COVID, that’s eyeing up global growth both in and out of club.

What’s your background?
My fitness background goes back to a bad leg injury I had in my early 20s. I had to learn to walk again, but as I got better, I joined a fitness centre and saw an ad for a thing called RPM. The moment I tried a class, I was hooked: the energy, the music, the party vibe… it ticked all the boxes for me.

“I’VE SET OUT TO BRING A MASTERCLASS EXPERIENCE, USUALLY ONLY AVAILABLE TO INSTRUCTORS, TO A BROADER AUDIENCE” – Matty Clarke

From that moment on, I wanted to become a cycling instructor. I’m sorry to admit I used to be one of those members who’d burn CDs of music and offer them to the instructors of the classes I attended! I didn’t have any education at the time – it was just my gut feel of what would work – but fortunately for me, one of those instructors was really impressed. She also happened to be national fitness manager for Fitness First Australia and she showed me the path to move into the industry.

In Australia, that meant first qualifying as a group exercise instructor – cue me teaching the grapevine in aerobics classes – but I quickly had an opportunity to move on and qualify as a cycling instructor.

Over the next few years, I got more cycling education under my belt, worked alongside
industry legends and ultimately went on to develop a fully accredited, pre-choreographed indoor cycling programme called RIDE, as well as setting up an in-house production company to create our own royalty-free music.

Then, in 2011, I stepped away from pure group exercise and opened my own functional group training facility, which I ran until COVID hit us in early 2020.

When lockdown started, I pivoted the business online, but the drastically reduced workload meant I quickly became bored. Together with my best friend Jason Warring – a former radio host and club DJ – we started to look at how we might create a whole new indoor cycling experience for the online environment. I came with a background in fitness, coaching, programme design and music production. He brought an unrivalled knowledge of technology, music design and theatrical production. And we met somewhere in the middle!

On 24 April 2020, four weeks after the beginning of lockdown in Australia, we live streamed our first ever A STATE OF RIDE, which with a bit of social media marketing drew in around 40 participants. It was clear this was something people wanted, so we’ve continued to develop and grow it.

Tell us about A STATE OF RIDE
A STATE OF RIDE (ASOR) is an immersive indoor cycling programme that I deliver as a weekly online masterclass to a global community of participants. It’s also a pre-choreographed programme that instructors can sign up to be affiliated with.

Every Friday evening, at 7.30 pm Sydney time, ASOR is live-streamed from our now
purpose-built studio. Around the world – and especially in Australia and New Zealand, the UK and the US – participants tune in and take part in those live-streamed classes. If they want to donate to support us, they can – anything from A$6 a class – but it’s entirely voluntary. We’re just happy people are there and enjoying it. 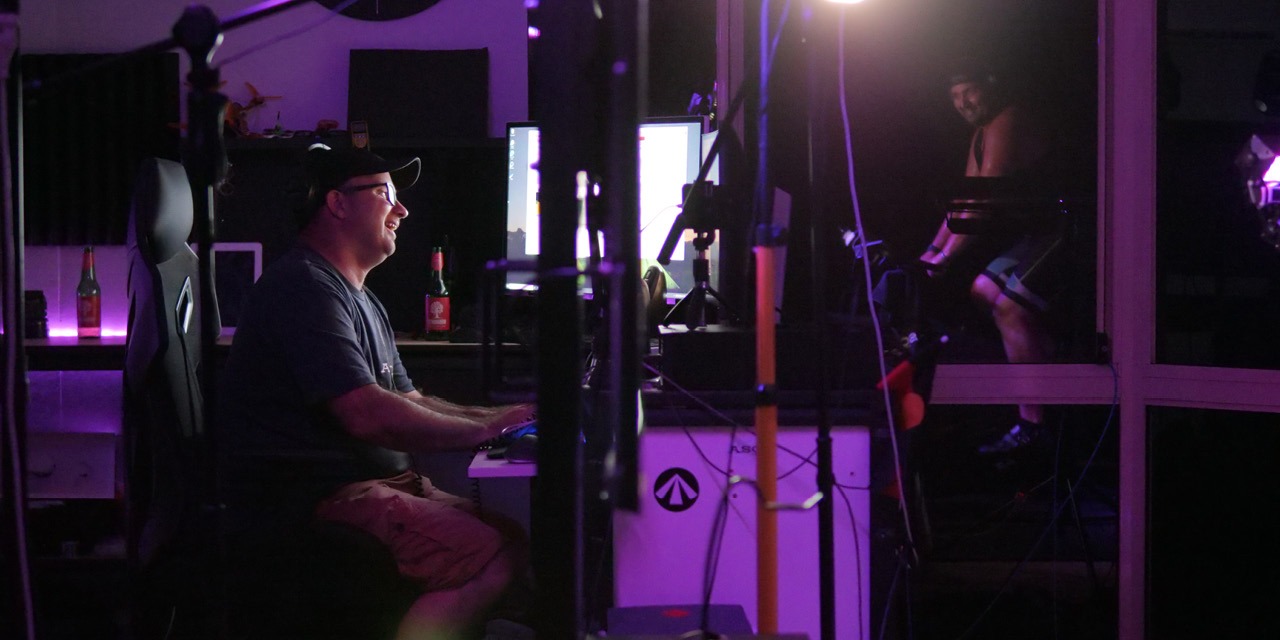 I design a new release every three weeks and, for the following three weeks, deliver the same programme in the live stream. Each time we stream it, though, we film it in a slightly different way, showing different options and variants to ensure instructors have plenty of flexibility when it’s their turn to deliver the programme. Throughout 2020, there were 15 full releases and more than 35 unique live streams.

What makes ASOR different?
Firstly, on the overall vibe, I’ve set out to bring a masterclass experience – usually only available to instructors at training events – to a broader audience. Those masterclasses are always so full of energy, passion, enthusiasm. I wanted the public to enjoy that too.

Then there’s the music, which we purposely seek out, re-mix and master around the specific needs of the programme. I believe many of the best indoor cycling classes are carried by the music – it’s such an important part of the experience.

Then, in terms of the programme itself, ASOR sets out to narrow the gap between outdoor and indoor cycling. Drawing inspiration from casual group rides, mountain biking, track and criterium racing, each class is structured around the notion of a real-life ride, whereby you start and finish at the same place. It’s an ‘out and back’ ride, meaning a class of two halves: in the front half, I introduce elements of what participants will need in the return leg, meaning there’s less explanation required later on and more chance to focus on motivation and coaching.

It isn’t just about performance cycling for the already fit, though. We’re aiming for the greatest possible attendance with continued adherence over time, which is why we film each release multiple times, showing options for all fitness levels and abilities.

ASOR is built around eight elements, with descriptors that enable flexibility in choreography: Warm-Up, Mixed Pace, Climbing, Attack Intervals, Race Endurance, Power, Peak, Ride Home. Others might call the Peak track a mountain climb, for example, but we don’t want to be that prescriptive, implying any particular riding position, resistance or RPM.

In fact, if you think about it, most of our track names aren’t even cycling-specific. We’re using purpose-based descriptors that immediately lay out the training objective of each track, evoking a mental image of what I want participants to be aiming for.

How does ASOR support instructors and clubs?
With each new release comes new music, a complete 55-minute class format, a detailed multi-option choreography booklet and marketing materials for clubs and/or instructors to use. We’re also able to provide branded clothing and accessories, which means ASOR is fast becoming a complete package to support clubs and facilities as they move back to in-person operation.

Each new release has its own unique objective, music and feeling, with tools and guidance for instructors to ensure a consistent experience is delivered time after time within the ASOR format. I firmly believe it’s consistency in-class delivery that underpins long-term adherence. 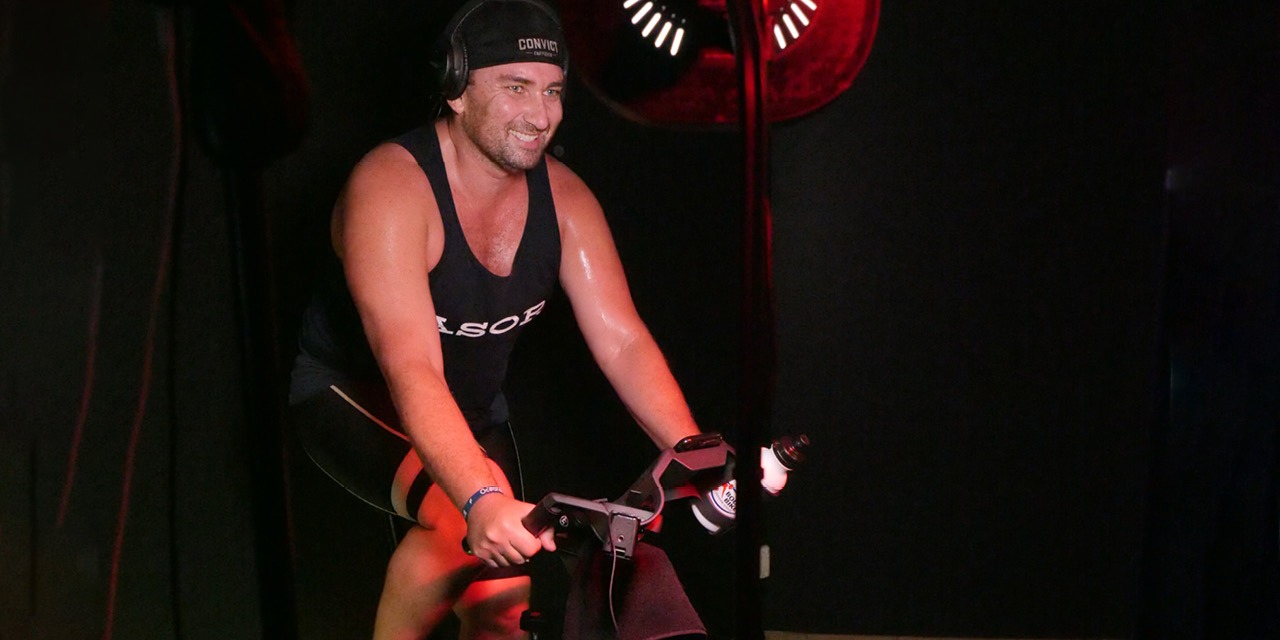 Just because it’s pre-choreographed, though, doesn’t mean there isn’t room for an instructor to shine. There’s plenty of flexibility within the framework for instructors to inject their own personality and deliver the programme their way. An ASOR instructor is free to use their own vocabulary, and can focus on the metrics they like to work with; all are built into the choreography booklet, as well as the live-streamed masterclasses.

What’s the balance between in-club and online?
Mostly, our instructors use ASOR in the clubs where they teach, but if the last year has shown us anything, it’s that the future of indoor cycling is a healthy balance of online and in-person. Gyms are no longer the single point of distribution for class content, nor the single point of connection of a passionate community.

We’ve therefore worked to develop as much quality content and support resources as possible, which clubs and instructors can now use fluidly – online or in-person – to suit their changing circumstances.

We’ve also been brutally, if not embarrassingly, honest around how basic our own set-up was to start off: a cheap webcam, a terrible lapel microphone and a coloured LED light from a hardware store. We’ve done this purposely, so instructors watching us aren’t put off venturing into the digital space.

What’s your secret to engaging remotely?
During the live stream itself, it’s about having a clear understanding of the objective – the workout profile – and intimate knowledge of my resources, such as my music and visuals.

From there, it’s about finding connective pieces within the programme to draw people that little bit further in. Sometimes it’s the music, other time it’s the physical demands of a track. One important point we reinforce to our instructors is that, a lot of the time, it isn’t about what you say. In fact, it’s about what you don’t say, what you let naturally occur. My coaching model is ‘less is more’. Leave people to connect to the music and the athleticism of the programme design itself.

It’s about being in the journey together, too. I’m 100 per cent accountable with my own efforts and people can see on-screen how hard I’m working. It’s infectious.

Finally, connectivity is also very important to the success of ASOR. People can engage with me through a chat function during the live stream, and I can give them shout-outs by name. That’s a very powerful tool in the remote training space, helping people feel they’re really there with you.

We also have a short pre-show stream, giving viewers a little insight into the set-up process along with a bit of chat from Jason and me. It helps recreate the in-club experience of mingling before class, which we’ve all missed over the last year. 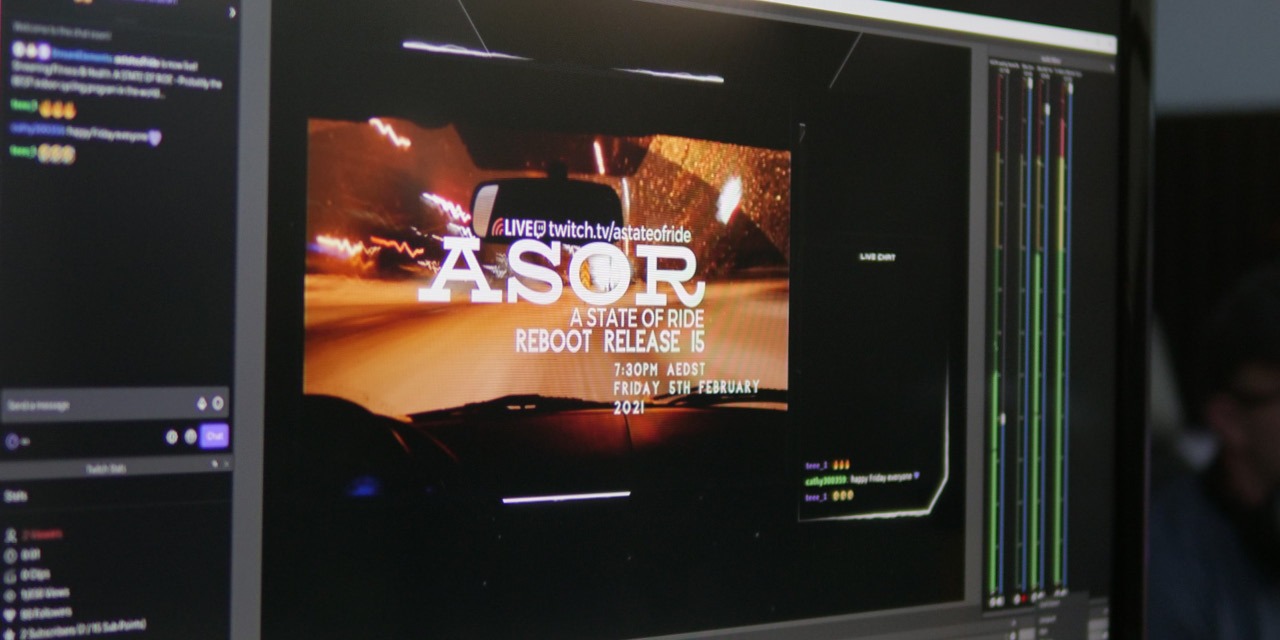 We’re visible throughout the week on social media, too, letting people know what we’re up to and showing them a real person they can connect with. We want to be accessible and
relatable, whether you’re a participant, an instructor or a club owner.

Tell us about the ASOR community.
Each week, we have anywhere from 30–80 people taking part in the live-streamed class; on new release days, it can peak over 100. These participation figures don’t include people who just log on briefly, either. These are people who spend an extended period in the broadcast.

What’s astonished us is that we have some people tuning in even if they aren’t cycling. We’re blurring the lines between entertainment and exercise, and that’s really exciting for us.

The element of scarcity helps: you can get on-demand, audio-only versions of the live streams after the event, but if you want the full audiovisual experience, you have to be there live. That means 5.00 am on your bike for some of our riders in the US, but they do it!

What are your future goals for ASOR?
The big hairy audacious goal is to become one of the pillars of indoor cycling education worldwide. We want to be out there creating programmes that transcend specific equipment brands and technology requirements.

We’ll also look to grow our revenue streams, both by growing the number of ASOR instructors globally – each of whom pays around A$50 a month for our resources – and, by continuing to provide a consistent, high-quality experience, hopefully increasing the number of participants who support us with pledges. At the moment, around 30 per cent of participants currently make a donation to support our continued production.

We’re also evolving all the time, drawing inspiration from other industries and other segments in the fitness sector. If we see something we think is cool, we ask ourselves how we can incorporate it while staying true to the programme. A great example is live sporting events, where we’ve seen a growth in large-scale, city centre screenings. We’d love to do something similar and create ASOR Live sites, collaborating with clubs to create exciting on-site events by streaming our masterclasses into their facilities.