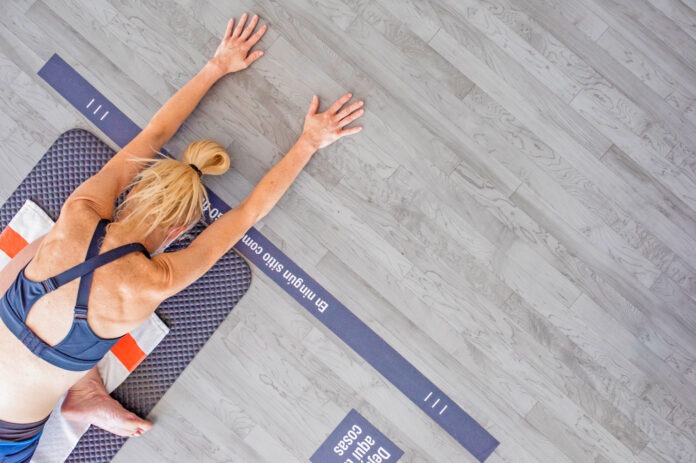 After 18+ months characterised by mask-wearing and recoiling from anyone who coughs even just once, we are – all of us – far more attentive to the quality and cleanliness of the air we’re breathing.

Always an important consideration for small, enclosed spaces like cycling studios, air circulation has now become even more of a focal point. Because it isn’t just about smell or temperature any more. It’s about disease control – and members’ perception of the risk.

We talk to two operators who’ve invested in the latest technology to ensure their clubs – including their cycle spaces – are filled with air that fills their members with confidence.

The best air you can breathe – GO fit

“When COVID hit in early 2020, GO fit looked at all potential transmission risks and implemented 35 separate protocols – at a cost of around €6m – to ensure our clubs were, and still are, the safest places you could be,” says professor Alfonso Jimenez, chief research & innovation officer at the GO fit LAB.

“As a result, from 15 million visits over 16 months, there was not a single outbreak in any of our clubs. When – in February 2021, in a city where 10 per cent of the population is a member of our club – there was an accumulation of potential COVID cases coming into the club, our contact mapping allowed us to track the transmission rate. It was just 0.28 per cent, compared to an average 5 per cent transmission rate locally. Our robust protocols really do ensure you’re safer in our clubs than anywhere else.”

He continues: “A number of our protocols relate to air quality. In fact, we’re pretty much obsessed with it! We’ve implemented real-time monitoring of air quality in every single area of our clubs, with sensors measuring CO2 concentration: higher CO2 levels mean higher levels of un-renewed air, which is more likely to contain the COVID pathogen.

“In our cycling studios, the air is replaced 22.8 times an hour – just over once every two-and-a-half minutes”

“These sensors are connected to a powerful ventilation system that’s triggered to totally renew the air in the club on average every seven minutes. In some areas – our cycling studios, for example, where members are exerting themselves and breathing heavier – the air is replaced 22.8 times an hour, which is just over once every two-and-a-half minutes.

“There’s an important metric – Clean Air Delivery Rate (CADR) – which indicates how many cubic metres of clean air you’re pumping in every hour. The recommended minimum CADR for crowded areas is 750, as this reduces the risk of transmission from 100 per cent to 10 per cent – that is, if you’re in a crowded space for an hour with someone who has COVID, and the CADR of the room is 750, your risk of contracting COVID drops to 10 per cent.

“In our cycling studios, the CADR is 14,400, which far exceeds any regulations. But these are spaces where members are working and breathing hard, so we want to ensure the air is intensively and rapidly recycled.

“We also filter it. We’ve installed HEPA filters throughout our clubs, which identify and filter out any pathogen particles in the air. They get rid of everything, including COVID-19, and take our air to operating theatre grade.

“We’re constantly reviewing the latest research, and as more and more evidence emerges that COVID is transmitted through the air rather than via surfaces, air quality will continue to be a huge focus for us. The system we’ve put in place will be permanent – air quality will forever be this high at GO Fit – and we’ve made a big educational push to ensure members understand the continued importance of mask-wearing and social distancing.

“Perspex boxes around each individual bike allow members to take off their masks during class, which otherwise still isn’t permitted”

“And then in our cycling studios, we have perspex boxes around each individual bike, so exhaled air is sucked up and out by our ventilation system. This allows members to take their masks off during class, which otherwise still isn’t permitted in Spain. We then nebulise all bikes and screens between classes.

Cleans the air, and everything it touches – Midtown Athletic Clubs

When Midtown Athletic Clubs re-opened its eight large clubs from lockdown, alongside all the social distancing, mask wearing and enhanced cleaning protocols was an unobtrusive but powerful new system: airPHX air sanitation.

Widely used in medical facilities as a safe and highly effective solution, airPHX is an ICU-grade air sanitation system that kills airborne bacteria, viruses – including coronaviruses, influenza and norovirus – and other pathogens, continuously reducing these by up to 98.2 per cent as well as sanitising every surface the air touches.

“When we were first closed down, one of our initial tasks was to investigate ways to clean and sanitise our clubs that would be considered over and above what had previously been acceptable,” says Midtown president Jon Brady. “We wanted to do everything possible to keep our members and associates safe when they returned, and hopefully avoid future shutdowns.”

“We distilled the messaging and came up with a simple statement: airPHX completely sanitizes the air, and everything the air touches”

A comprehensive new ‘standard of clean’ was developed, including the installation of airPHX units throughout all Midtown clubs – including in each and every group exercise studio – at a cost of US$250,000.

“We then needed to express all of this in a simple, powerful way to build confidence among our members and teams,” says Midtown’s creative director Eric Lowery. “We came up with what we call our 4S approach, highlighting the fact that our cleaning technology is ‘Strong, Safe, Sustainable and powered by Science’.

“Explaining airPHX was a tough challenge, though. The science behind the units is quite complicated and we needed to present the information to our members in a quickly digestible way.

“We distilled the messaging and came up with a simple statement: ‘airPHX completely sanitizes the air, and everything the air touches.’

“In some cases, we also mentioned the fact that airPHX completely disinfects the club every night.

“We did a lot of communication around this to build confidence: welcome back videos, for example, and a dedicated midtown.com/clean web page. And interestingly, it wasn’t just existing members who responded positively: airPHX also turned out to be a great prospecting tool in the aftermath of lockdown.”

Lowery continues: “We also produced an airPHX infographic that goes into a bit more detail, running through a few FAQs and sharing some statistics and context around just how effective these units really are: the fact that airPHX continuously kills over 95 per cent of germs, including coronaviruses, and 99.99 per cent in an overnight deep clean while the club is empty; that each unit sanitises 150,000 cubic feet of air – the space taken up by 156 school buses; and that it’s totally safe.”

“airPHX really seems to have captured the imagination: we’ve seen so many photos on members’ social pages with the caption ‘Does your gym do this?’”

Brady adds: “This poster is displayed next to every airPHX unit in our clubs, and returning members were so fascinated by the hi-tech approach that our teams were bombarded with questions. We therefore also produced an FAQ sheet, explaining the technology and sharing the proven independent results, which our reception teams could give to any members who wanted to know more.”

Brady concludes: “Member feedback has been overwhelmingly positive around all our enhanced standards, and airPHX really seems to have captured the imagination: we’ve seen so many photos of the airPHX machines on members’ social pages with the caption ‘Does your gym do this?’

“It’s important that members continue to feel safe in our clubs, too. With COVID sadly now a part of our lives, airPHX will also be a permanent fixture at Midtown.”

Back in the saddle

14th December 2021
Launching a new business is always a challenge, but add in a career change, relocation, economic downturn, COVID and first-time motherhood and many might...