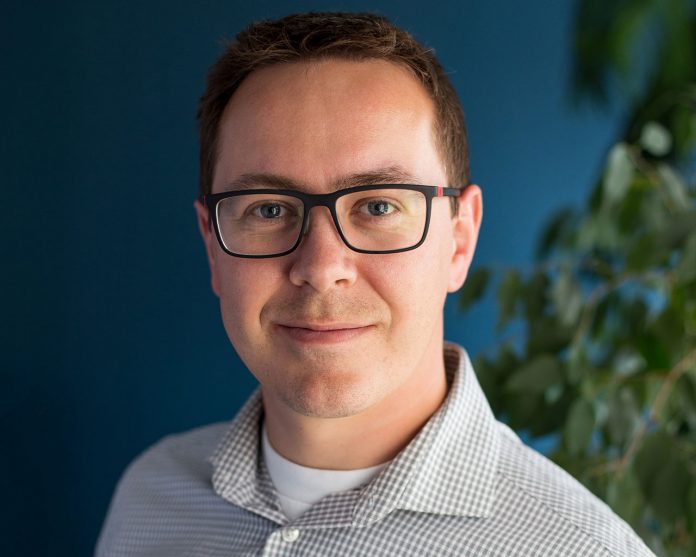 Mike Rounding, product manager for ANT+, talks to Kate Cracknell about the wireless ecosystem that’s helping exercisers get the workout data they want, whatever device they choose to use

ANT is a generic wireless protocol owned by Garmin, which was born from a desire to track how many steps a runner was taking without putting wires all over him.

Many people will be familiar with another wireless protocol, Bluetooth, so this is often the best place to start when it comes to explaining what ANT does. It’s similar to Bluetooth in many ways.

They really are complementary technologies. Bluetooth is built around fixed pairing relationships: you can typically only connect a sensor to one other device at any one time. Meanwhile, ANT is set up to allow a sensor device to connect to many other devices simultaneously, which adds flexibility: you can, for example, connect your heart rate strap with a phone, your watch and the computer on your indoor cycling bike – all at the same time.

ANT+ is an application that’s been built on top of ANT. It’s a collection of what we call Device Profiles, built for very specific use cases, each of which has a specification of how to transmit the information related to that use case over the air using ANT – whether it’s data from an ANT+ heart rate strap, an ANT+ bike power meter, an ANT+ bike speed and cadence sensor…

More specifically, ANT+ is the wireless standard that connects an entire product ecosystem: a universal standard that ensures wireless fitness sensor data, whatever manufacturer it comes from, is all of the same format.

That all sounds a bit complex I know, but in a nutshell, what ANT+ represents is a very successful, multi-brand wireless ecosystem.

What do you mean by a ‘wireless standard’?
Rewind to before the days of ANT+ when, as a prime example, there were lots of different companies building devices to measure bicycle power – but none of them were communicating in the same way.

What ANT did was encourage the different manufacturers to recognise that building one-off solutions for specific customers – thereby creating walled gardens whereby only devices within those restricted ecosystems could speak to each other – would only get the industry so far. Although they were competitors, these manufacturers came to understand that collaborating within the ANT+ ecosystem would grow the market as a whole and ensure a bigger slice of the pie for everyone.

From that, the standardised device profile for bicycle power was born – accompanying other use cases such as heart rate and speed – and ANT+ became the de-facto central organising body for a consortium of companies in the sport and fitness electronics market.

Nowadays there must be at least 15–20 bicycle power manufacturers in the ANT+ ecosystem, and lots of different ways to measure bike power – crank-based strain gauges, two-sided pedal power, rear wheel sensors… But although all the sensor tech is different, the wireless data they all send up is now of the same standard.

Why does that matter?

For the consumer, this standardisation means they get to choose the device that works for them and get their data regardless.

For manufacturers, it means great new ideas can come to market quickly, because they can tap in to an existing ecosystem. They can just focus on developing great sensor technology, knowing the wireless ecosystem is already there.

Can you give some examples of how ANT+ is used in the fitness sector?
The first couple of examples are related to Fitness Equipment Control.

All newer Samsung devices natively include ANT support, which means app developers can tap in to ANT+ too. For example, Zwift and Trainer Road both use ANT+ to connect with smart trainers – the devices you attach to the rear wheel of a normal road bike to be able to train indoors – and remotely control the resistance.

Zwift uses this to create huge, multi-player online games where you race around virtual tracks from across the globe. As the game footage shows the terrain going uphill, Zwift sends an instruction to the trainer to make it harder for the cyclist by increasing the resistance: an incline of 10 per cent on-screen is made to feel like 10 per cent on the bike.

I’ve seen really lovely examples of this in action in bike shops in Canada, where during the winter they invite people into the shop, hook everyone up to Zwift and do group rides indoors when it isn’t possible to cycle outside. It creates a great sense of community.

Trainer Road takes the same remote control capability but, instead of showing VR footage, uses it to curate workouts and training programmes to run through the trainer.

Orangetheory Fitness is a great example: everyone wears a heart rate strap which they can connect to their own smart watches – but all straps are connected to the gym too, with big screens showing everyone’s heart rate. If you get on a treadmill, you could also connect your heart rate belt to that if you wanted to.

With ANT+, this is all possible even in a busy environment with a large number of devices – it can cope with the traffic. That’s useful in boutique studios too. These are generally smaller, so the concentration of devices can be quite high, but it’s still possible to create things like leaderboards, which again helps build the sense of community.

Anything new from ANT+ that you’d like to tell us about?
We’ve just released a new version of our Fitness Equipment Control device profile. Historically it was always two-way: as with the Zwift example, ANT+ could be used to wirelessly transmit data to the sensor, as well as from it.

Now we’ve also created a one-way version which is great for studio bikes, as well as other types of fitness equipment: treadmills, rowers, ellipticals and so on. These aren’t, and don’t need to be, remote controlled, so this latest enhancement of the device profile allows us to better deliver on what studios need – which, as with the work we do for BODY BIKE, is ensurin g the data people actually want can be extracted from the equipment.

How do you see the fitness sector evolving, and how will ANT+ help shape this?
Sensors and devices are getting so much smarter, increasingly able to measure numerous different things. As this happens, so more data types will need to be broadcast wirelessly – and we’re uniquely positioned to deliver on this, because we’re a small and intimately run organisation that can quickly adapt to new use cases.

It will then be over to the aggregator apps – like Garmin Connect and Strava – to take all that data and make it consumable, so end users can make sense of it. In turn, this will drive an appetite among consumers to collect even more data and understand more about themselves. And so it will come full circle, back to the sensor manufacturers to make their devices even smarter still.

We’re in the centre of all this, supporting all of this development as it moves forward.

Get the world grooving