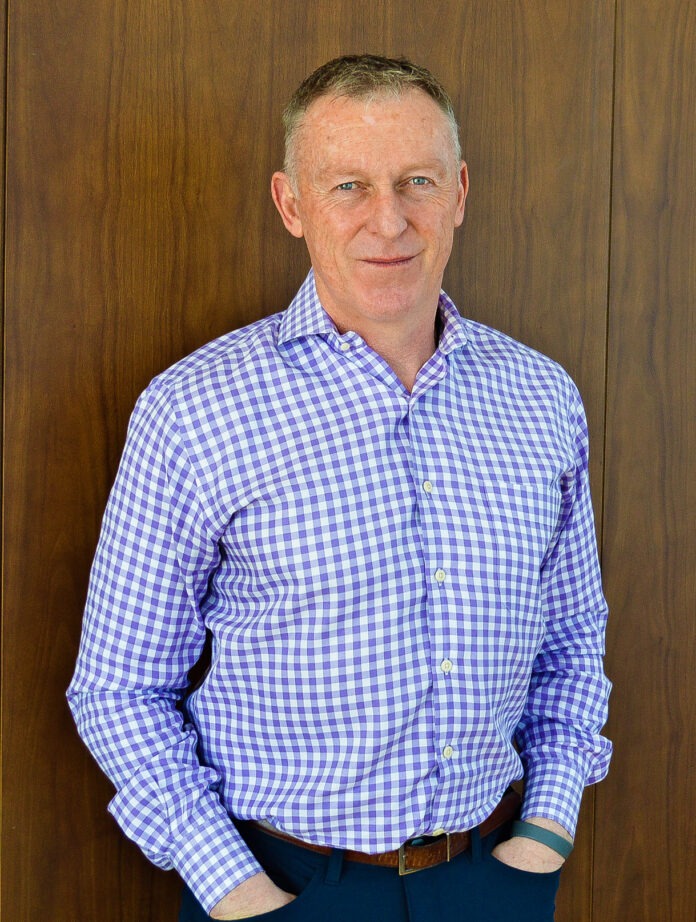 Will indoor cycling stop being about ‘rhythm vs power’ moving forward? Will studio design have to evolve to meet a new need? The president of Midtown Athletic Clubs shares some early thoughts with Kate Cracknell.

Can you describe the Midtown offering?
Midtown is a sports resort where everything you could want to do in terms of activity and movement is available in a luxury, high-touch environment that’s all about community and personal attention.

We currently have eight huge, fully-owned clubs – anything from 200,000sq ft to 700,000sq ft of indoor space alone – with multiple pools, tennis courts, fitness spaces, spas, sports courts and in-club boutique studios. In Chicago, there’s also an on-site hotel and we plan to do more of these.

At the moment, we have four properties with what we currently consider to be our blueprint offering: Chicago, Bannockburn, Willowbrook and Rochester in New York State. The latter three were remodelled during lockdown, which at Bannockburn and Rochester meant a US$15m investment in each club. These clubs all now have the same studios, same concepts, same look and feel, same indoor and outdoor facilities.

“The way we see it: we’ve had a promotion over the last 15 months! Midtown has gone from being members’ third space to being their second space”

Three other clubs – Atlanta, Montreal and Palatine – are in preliminary planning for a similar remodel, with timing subject to how well we come out of COVID. Things are still changing daily on that front – only today, we’ve received notification that masks will have to be worn again in New York State – and we’re yet to see how much of an impact the Delta variant has.

It’s only our club in Weston, Florida, where we’re holding off on the remodel for a while, as we spent US$5m replacing all 26 outdoor tennis courts only three years ago.

All eight clubs do have some boutique elements, though, because we’ve been testing our concept for six or seven years. When we identified the boutiques as our biggest threat, we built studios in other clubs before fully deploying in our Chicago flagship. Our indoor cycling concept Ride, for example, was originally tested in Palatine and Montreal.

How are your clubs performing as we emerge from COVID?
Performance varies, as some clubs have been open longer than others; we’re tracking attendance on a daily basis and we’re finding that time re-open is the most important factor. Each club is showing a very similar trend line, and very similar timeline, in growth of member numbers from date of re-opening.

Montreal, for example, only re-opened six weeks ago [interview conducted 3 August 2021] and member numbers are just under 50 per cent of February 2020 figures. In Atlanta, which was the first club to re-open after only a few months of closure, we’re up to almost 83 per cent. In Chicago, it’s nearly 80 per cent. The rest are around 60–65 per cent.

This in spite of the fact that we weren’t able to offer any indoor classes until February 2021; in Montreal, we still can’t. However, we’ve done a lot of outdoor classes and, even with the cold winters in places like Chicago, they’ve been incredibly popular.

In Chicago, we adapted an outdoor space in the parking garage, installing wind-breakers and Typhoon heaters, and we took bikes and other equipment out there. We also partnered with clothing brand Arcteryx, offering workshops for our members to learn how to layer for outdoor exercise.

However, although group exercise is doing well overall – and Samadhi and Arena in particular – Ride is lagging behind. Across all our clubs and all our Ride programmes, Ride is the slowest to come back. We’re seeing similar numbers of members taking part as before, but they’re doing it less often, taking part in other activities they may have discovered and enjoyed during lockdown. As a result, average Ride class sizes are around half those of other classes.

Why is Ride lagging behind?
At this stage, we just don’t know. What I would say is that we keep an eye on the boutique competition, and the cycling studios we’ve visited are sitting at around 20–30 per cent capacity at the moment. So, it seems the challenges aren’t unique to us.

Ride has always been a very popular studio since it first launched in 2017/2018 – a highly immersive, experiential space with a rock concert feel, including a giant screen and graphics that respond to the audio. And, of course, incredible instructors.

“Ride is lagging behind. We’re seeing similar numbers of members taking part as before, but they’re doing it less often.”

It also ticks all the boxes post-COVID: our bikes are now spaced 6ft apart – the rest are still outdoors – so members have their own clearly defined workout space. Plus, Ride is doing OK for virtual classes and THE TRIP: we’re getting similar attendance at these classes as before.

And yet, other than in Florida where it’s too hot to cycle outside, members seem hesitant to move indoors for their live cycling classes. In fact, in Chicago, all these classes remain outdoors, with just virtual in the studio.

We are looking to transition back inside in September. However, we need to understand why the lag has been happening and we’re starting to ask ourselves some challenging questions about the live experience. Is the atmosphere and the technicolour journey – the very thing that proved so successful before – what members want now? Will and should indoor cycling come back in the same format, or have mindsets shifted during COVID?

What might Ride look like in the future?
We’re taking a breath and taking stock, as it’s very early days: attendance may simply come back as time goes on. It’s also important to really look at the data rather than making kneejerk decisions. For example, we previously found that cycling drove lower overall attendance than yoga in our Rochester club, but also brought in more unique users than yoga. It’s an important part of the mix.

Nevertheless, we are trying to work out if the environment needs to change. Have people enjoyed outdoor cycling classes so much that we need to replicate this feeling in our studios? Do we need to move away from the ‘small dark box’ design and make it feel more like you’re outside in nature?

Some of the new AV components we developed for our relaunch include a ride through the Californian redwood forest, as opposed to the sci-fi worlds of THE TRIP, so we can test all this out and see what triggers more usage.

Another question: do we – and other cycling boutiques, for that matter – need to revisit our model? At 800–1,000sq ft, Ride is our smallest studio and it’s historically been a tightly packed community experience. That’s true whether it’s a VIBE or PWR class, our rhythm and power-based signature concepts. But what if people are now seeking more of a solo ride experience, rather than an all-in-it-together buzz?

“We aren’t just a place to work out any more. It isn’t just about fitness. Our sector needs to focus on how we make people feel – how we make them feel good.”

Then there are questions like: what does Peloton buying Precor mean, other than for the manufacturing capacity? Will there be an impact on what can be offered for clubs? And is the high use of the Peloton bikes on our fitness floors already impacting attendance in our Ride studios?

We’re working on a few ideas at the moment which we’ll try out with members – current riders and those new to it – and ask if it’s what they’re looking for. Instead of differentiating via training styles – rhythm vs power, for example – it may be that we need to differentiate by indoor versus outdoor, dark rooms and fantasy worlds versus individual escapism into the countryside. We’ll see.

Certainly we’ve invested a lot of time, money and effort in the Ride concept and we’re not going to shrug our shoulders and accept that people are now doing something else instead. Something else as well, yes – we’re all about variety – but not instead. We’ll apply our ‘better than yesterday’ core value and identify what needs to be done to meet members’ needs today and tomorrow.

What do you see as the role for the sector coming out of COVID?
Interestingly, since clubs re-opened, we’ve seen usage of the on-demand classes in our app fall off a cliff to such a degree that we’ve stopped doing them. People are craving human connection.

And in clubs like ours, with all the space we have available, that isn’t just about coming to us to exercise. Instead of working from their home desks, members are coming to the club to work. To be around people. The way we see it: we’ve had a promotion over the last 15 months! Midtown has gone from being members’ third space to being their second space.

And this is so important for the whole sector to understand. We aren’t just a place to work out any more. It isn’t just about fitness. We’ve become more important within people’s lifestyles. We need to responsibly move with this shift, no longer focusing on weight loss or how much exercise people ‘have to do’, but on how we make people feel – how we make them feel good.

Is recovery the new fitness?

The three arenas of ACTIC