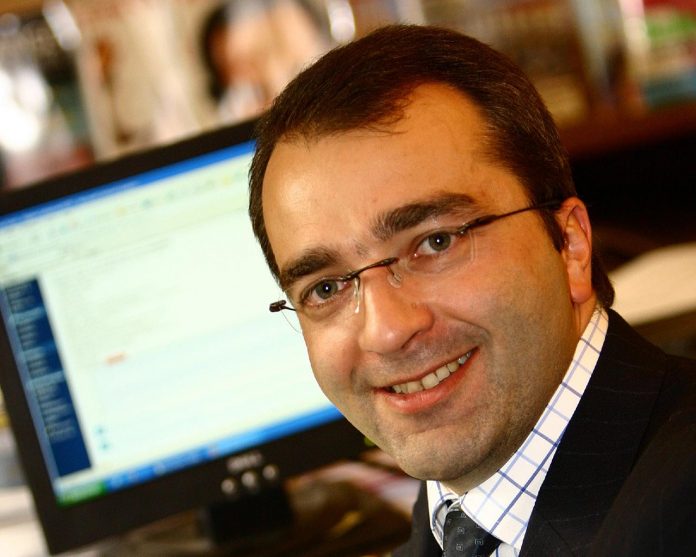 Philippe Moity, president and co-founder of Kinomap, tells Kate Cracknell about his plans to get indoor cycling recognised not just as a form of exercise, but as a real sport that happens indoors

What’s the idea behind Kinomap?
Indoor training can be boring. People buy a piece of gym equipment for their home and within months they’re disengaged and no longer using it. In creating Kinomap, our idea was to make indoorsessions fun, using technology to engage people and make their journey to good health more interesting.

What is Kinomap?
Kinomap allows exercisers to access real-world video footage – a huge variety of routes through which they can ride, run or row – to make their indoor training more engaging.

It was developed over two key phases. The first phase, in 2010, was Kinomap.com: a free sharing website for geolocated, user-generated video content. Anyone who uploads content to Kinomap needs to upload not only a video, but also the corresponding GPS track; it’s a bit like YouTube and GoogleMaps rolled into one.

KINOMAP WORKS WITH ALL TYPES OF CARDIO EQUIPMENT: BIKES, TREADMILLS, CROSS-TRAINERS AND ROWERS

We now have 140,000km of track – real video footage – from 86 countries around the world, from Europe to Brazil, China to Vietnam to Mongolia. You can go for a run on the Great Wall of China, cycle the Alpe d’Huez route from the Tour de France, row along the canals in Amsterdam… There’s a huge diversity of content, with five to 10 new videos uploaded by users every day and made available to those using Kinomap to train indoors.

Having created Kinomap.com to collect video content, we then moved on to developing training apps that used this content. The main Kinomap app was launched in 2013 and was followed by a series of white label apps for partners, like Decathlon and Kettler, who promote Kinomap to those purchasing their equipment; Kinomap works with all types of cardio equipment, from indoor and recumbent bikes to treadmills, cross-trainers and rowing machines.

What makes Kinomap technology special?
The geolocation technology, combined with the real video footage, is key. It moves Kinomap away from being virtual reality entertainment and into a sporting, performance-focused arena.

These are real videos of real tracks that you have to complete; anyone using our Challenge mode will see their avatar moving along the track on the map at exactly the same speed as they’re moving through the video footage. It doesn’t matter how long the original contributor took to complete the track: they might have labelled it as a 30-minute track, but you could do it faster or slower depending on your power output on your chosen piece of cardio equipment. 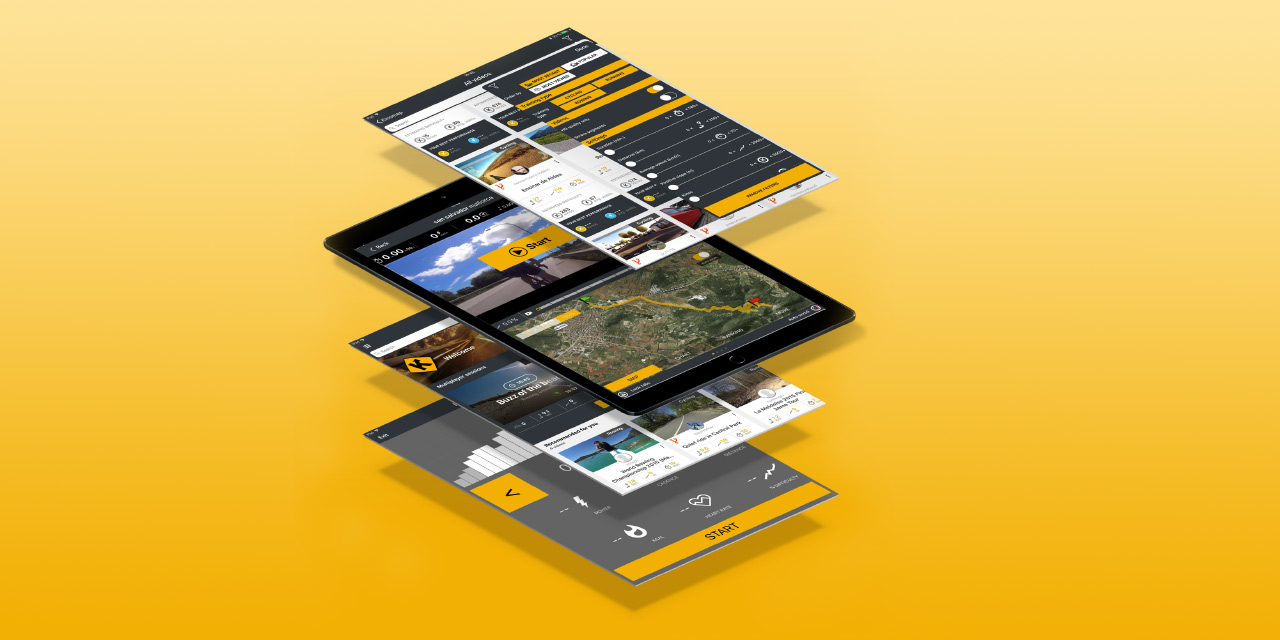 And the system is highly accurate – so much so that when it comes to cycling, for example, Strava equates it to a real road ride and allows you to log your Kinomap training data on its app.

The system works best when the cardio equipment features a sensor that Kinomap can pair with. On a bike, for example, this allows the resistance to automatically adjust to the incline of the track. Where the bike has a power meter, we can also accurately adjust your speed: if your output is 200 watts on a flat road, we’ll move you along at 30kph; if you’re climbing the Alpe d’Huez at an 11 per cent incline, you’ll be down to 8kph.

However, you can still use Kinomap if you have an older piece of fitness equipment with no inbuilt electronics: the app can use the front-facing camera on your mobile phone to detect your cadence on a bike, your stride if you’re running, or your stroke on a rowing machine.
Alternatively, if you’d rather just use the video as entertainment, you can choose Discovery mode. In this case, you pass through the video at the same speed as the contributor. You’ll still feel the inclines and declines, but you don’t get the full experience of completing the track for yourself.

How does it work if you’re training from home?
Most people run the app through their smartphone and cast the video onto a TV screen, so the whole experience is very immersive.

It’s made even more engaging by the fact that you never train alone. We have a multi-player mode, so you can get a group of people together – in the same room, around the world or a combination of the two – and compete against each other on-screen. But even those who don’t have anyone to train with will always be competing against the original contributor of the track; an avatar of their own previous best performance if they’ve completed that track before; up to six other users at a similar level as them; and the best performer on the track to date.

Importantly, anyone else shown on-screen will have logged their time using the same piece of fitness equipment as you; inevitably some brands of equipment are more accurate than others when it comes to measuring power output, and we want to compare like with like. 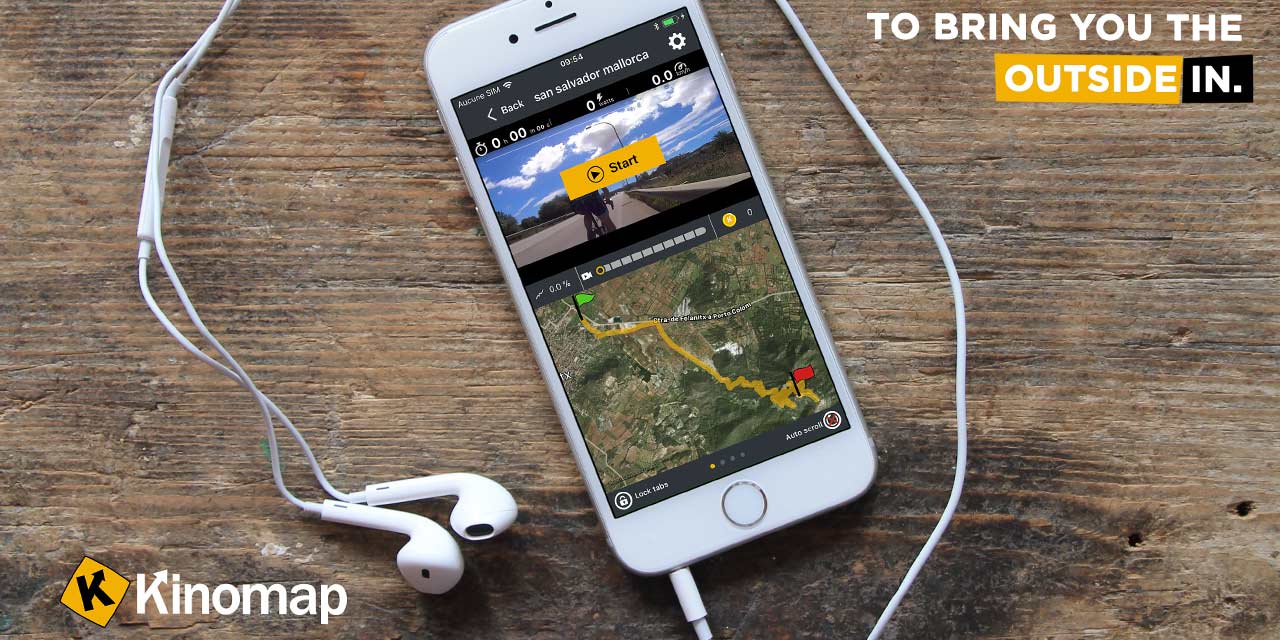 Can Kinomap also be used in a gym setting?
For gyms, the best use of Kinomap is in a cycling studio: it’s a great way of maximising the value of the studio during off-peak times when there aren’t any live, instructor-led classes. Gyms can use Kinomap’s multi-player mode to allow groups of members to compete against each other, either in scheduled ‘public races’ or in on-demand ‘private races’ set up by the members themselves.
In this scenario, we charge a licence fee per bike rather than per user, and the videos can be downloaded in advance to avoid problems with internet speed.

We’re finding it hard to break onto gym floors though, at least at a commercial level, because Kinomap works almost too well: it causes people to be on the cardio kit for longer than gyms’ equipment usage models allow. The average time people spend on a treadmill in the gym is 13 minutes; Kinomap users average 38 minutes. Similarly, on indoor bikes, the average usage time is 17 minutes; with Kinomap, it’s 42 minutes.

The technology does offer a great opportunity to run tactical marketing events in a gym though: a cycling challenge in the run-up to the Tour de France, for example, or a team run around Central Park when the New York Marathon is coming up. We have enough different tracks around the world that you should be able to find something to match any upcoming event.

What future developments are you planning for Kinomap?
We have a few things we’re working on, from slipstreaming technology to making the avatars more realistic.

We’ve already started doing this with the Hammer Series – a new race series for elite cycling teams such as Team Sky, where three races take part in one city over the course of a weekend. We see huge potential in this sort of agreement, both for the end users of Kinomap and for the brands involved in the tour.

Tell us more about this Hammer Series agreement
We’ve signed an agreement with Infront, which holds the rights to the Hammer Series. As part of this, it asked the pro cycling organisation Velon to film video footage of three races – in Norway, the Netherlands and Hong Kong – with a camera on-board one of the bikes. It then approached us to create an indoor version of the Hammer Series using this footage.

It’s a great strategy for Infront for a number of reasons: it keeps the buzz going around the events for far longer than simply the day or week of the race itself; and it gives the participating teams something to involve their fans in throughout the winter, when there are no races going on. Team Sky, for example, has 800,000 followers on social media – and little to tell them during the winter months. How amazing would it be to offer those fans the chance to take part in a half-hour section of one of the races, racing alongside the likes of Chris Froome – maybe even giving them a ranking compared to him at the end of it?

Once again, we come back to the fact that this isn’t virtual reality: it’s a real race, indoors.

What do you see as the future of indoor cycling, and what will be your role in this?
We want to persuade the British Cycling Federation to allow a broader definition of indoor cycling. At the moment, it views indoor cycling as track cycling in a velodrome, but we feel what we deliver is also indoor cycling – not just exercise, but a sport.

If you look at rowing, there’s a World Rowing Indoor Championships: a real, competitive event using Concept2 rowers. We want to do the same with indoor cycling.

In fact, we’re already seeing this start to happen in places like Paris, where a peloton cycling out on the roads is deemed too much of a terrorist target; the cycling legs of triathlons now have to take place indoors.

But we want to formalise this. We want to see
indoor cycling – using Kinomap technology in conjunction with the most accurate power-based bikes, like Body Bike and Wattbike – recognised as a sport: real races, on real race tracks, indoors.

Something in the air