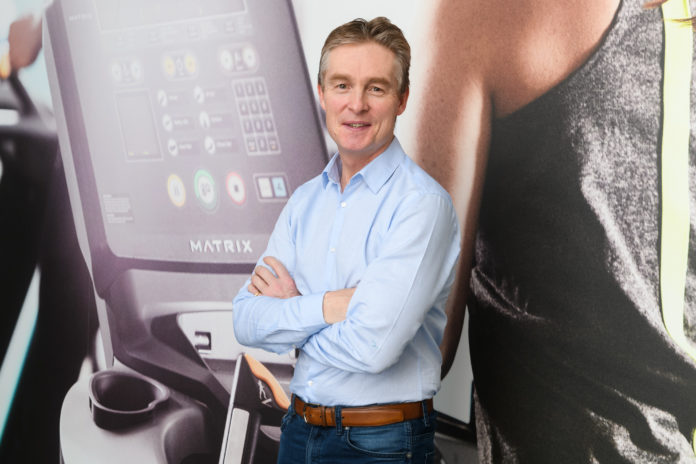 PureGym will expand globally through a multi-brand approach, but that won’t involve a boutique format, as its CEO explains to Kate Cracknell

PureGym operates in the budget sector, but a few years ago you launched a cycling boutique. Why?
Being quite honest, I think we were slightly seduced by the boutique sector. We were all seeing the success of brands like SoulCycle, and PureGym had a US investor at the time who was very interested in that. Allied to that, our founder and chair Peter Roberts felt there were lots of property opportunities for reasonably priced 6,000–7,000sq ft sites in London.

This was also a time when, although I certainly wouldn’t say we were mounting up on our own hubris, we were perhaps a bit flushed with the success of PureGym. I had recently joined the company, we had acquired LA fitness in the UK, the business was developing well… And as I say, we could see the beginnings of what was happening in the boutique sector. So in January 2016, we decided to test the waters of this emerging sector for ourselves, launching cycling boutique Pure Ride in the Moorgate area of London, UK.

How did Pure Ride fare?
It was a bit of a reality check, although I don’t regret it for one minute. It was a relatively low-cost lesson in sticking to what we were good at: recognising what we couldn’t do and respecting what we could.

In fact, more accurately, it’s not that we couldn’t do it: we could potentially have grown the Pure Ride brand to six to 10 sites in London, which as boutiques go would have been a significant portfolio. It was more a question of whether it was worth it for us. Even then, we had around 150 other clubs to run and about 40 new locations opening each year. That one Pure Ride site was taking up a disproportionate amount of our management team’s time.

Cost of acquisition and retention is very high in the boutique segment. Where at PureGym, someone who’s paying us membership now will typically continue to pay us membership for another six to eight months, with Pure Ride we effectively had to sell each seat in each class on a one-off basis. Very few people would buy monthly packages; they would pay per class for their favourite instructor – and those instructors commanded high fees. Yet people are also fickle. Favourite instructors or not, they’ll go where the offers are. That’s a tough model.

Added to that was the power of the aggregators, which is vitally important to understand in an expired inventory market like this – by which I mean, the moment a class starts, the seats in it no longer hold any value. If you aren’t careful, the aggregators begin to control the market – and the pricing of your product. We found we could either have some yield and empty-ish classes, or we could use ClassPass and have much fuller classes but suffer a material decline in yield. You can’t let yourself be overly reliant on the aggregators.

The fit-out was also more expensive than we expected, because it isn’t just about front-of-house ambience. It’s about back-of-house too, ensuring there are enough showers and hot water to get people moving through quickly at peak times, for example.

Cycling legend Sir Chris Hoy (front right) is an ambassador for PureGymCompounding all of this, there wasn’t actually the vast surplus of 6,000–7,000sq ft property we had thought, and the sites that were available were getting bid up quite strongly in price as competition grew and landlords became savvier to the income-generating potential of these studios.

Of course, these challenges weren’t specific to Pure Ride. These are the challenges facing the whole boutique sector, and all credit to those who make it work. It just wasn’t the right move for us, so we ended up selling our studio to Digme Fitness. I’m happy to say it seems to be working for them in a way that it didn’t for us.

THE UNiTED STATES IS TOO BIG A MARKET TO IGNORE.
We’ll open a couple ofsites in the us this year

So, your focus now is exclusively on PureGym?
Our focus is on PureGym as part of a multi-brand group, because we’ve just acquired Fitness World to become the second largest health club operator in Europe. That brand is so strong in its home territory of Denmark – where 10 per cent of the entire Danish population, and 45 per cent of all health club members, are members of Fitness World – that at this stage I really can’t see us changing the brand there.

Meanwhile, PureGym remains the UK’s largest operator – we’ll have reached around 275 UK clubs by the end of April 2020 – and I see tremendous opportunity to continue our growth. That’s been boosted by our new formats, including smaller footprint clubs which are allowing us to go into many more locations: we can now build PureGyms in sites ranging from 6,000–26,000sq ft. We opened 41 UK clubs in 2019 and will open even more in 2020, and long term I see scope for around 500 locations across the UK. So really, we’re only about halfway there with this market.

We’ll also do 20–30 major refurbishments in the UK in 2020, and all of these will involve significant upgrades: we’re heavily focused on evolving the product as we expand and refurb. That’s something the boutiques have certainly done: they’ve raised consumer expectations across the sector.

So, we’re looking at ways in which we can introduce a touch of the boutique feel into our sites, while at the same time keeping costs under control. Our view: if we can enhance the offering, delivering more for the same price, then people will reward us with a bit more loyalty. In some cases, we might be able to capture £1 extra on the membership, and that pays for a lot, but we aren’t doing it in order to put up prices and we certainly don’t want to drift in to the mid-market.

I’m not so unrealistic as to suggest people might now drive past another budget club to come to us – convenience remains a key driver – but they might drive a few kilometres past a premium club to come to us if they feel we’re offering value and meeting their needs.

We’re looking to introduce a touch of the boutique feel into our sites, while keeping costs under control

Can you tell us more about your international expansion plans?
We have aspirations to be a strong, ambitious player around the world, and with that goal in mind the US is too big a market to ignore. Our main financial backer, Leonard Green & Partners, is also US-based, and we can afford to invest a bit to dip our toe into the US water. So, we’ll open a couple of sites in the US this year and we’ll see how they go.

The dynamics will of course differ from state to state, and it will also be interesting to see how our highly-automated model will be received; even the low-cost operators in the US don’t do it quite like we do, with exclusively online joining for example. So, we’ll see how it goes. We’ll see how we stand up against the likes of Planet Fitness and the whole thing will be a voyage of discovery. If it works, great, we’ll roll out more sites. If it doesn’t… Just as I don’t regret giving Pure Ride a try, I just think we’d be mad not to try PureGym in the US.

Then with Fitness World, I don’t think we’ll grow hugely in Denmark – a few clubs here and there, but that market is about 90 per cent built out and we have an enviably strong position within that. However, Fitness World acquired BaseFit in Switzerland not long ago – a business we had looked at ourselves – and it also has an embryonic position in Poland, so both those markets now offer us significant growth prospects.

We’re looking at other markets too, whether by organic growth as with the US or through acquisition as with Fitness World. I don’t think we’d try and go head-to-head with BasicFit in Belgium or the Netherlands, nor McFIT in Germany, but there are plenty of other European markets to go after.

Our investors understand the need to invest in experience, particularly when it comes to group exercise

And tell us how you’re adding a ‘boutique feel’ to your own clubs…
Our investors understand the need to invest in experience, and this is particularly important when it comes to group exercise – that shared experience which demands an environment that engages you mentally as well as physically.

In our big box clubs, we typically have two studios, of which one will be an indoor cycling studio. In some locations, there’s even a third studio for virtual classes. We’re investing in all of these to ensure they deliver the best studio experience in the low-cost sector, turning what would otherwise have been a plain and admittedly somewhat bland white room into something a bit cooler. It’s about helping people get in the zone.

That might mean painting the walls black, installing LED lighting, putting backlit motivational signs on the wall, adding in podiums for the cycling instructors… We aren’t trying to be something we’re not, and we’re doing all of this at relatively small extra cost. We’re just trying to offer people a bit more without affecting our value proposition.

Do you offer indoor cycling in all PureGyms?
In our smaller clubs, where we only have space for one studio, it has to be a floor-based studio as that’s what’s needed for the majority of the classes we run. We are, in a few clubs, trialling having a dozen bikes that we wheel in and out of the space for indoor cycling classes, but it isn’t ideal.

Where we can’t offer indoor cycling classes, generally what we do is have an enhanced cycling area on the gym floor. There aren’t any screens in there, nor do we run classes in there, so we don’t over-state what it is, but it gives indoor cycling enthusiasts access to something more when tough decisions have to be made and a full indoor cycling offering isn’t available.

It is a tough decision though, because I personally love cycling. I do a lot of it myself and think it’s a tremendous cardio workout, especially as you get older, because the workout can be as intense as you like but still be low impact.

I think the needs of older people in particular – including older athletes whose joints are shot from all the impact of their sport – will mean cycling continues to have a very strong, positive role to play in people’s cardio fitness regimes.

Do you have any other predictions for the future of indoor cycling?
I’d be surprised if it developed massively from where it is now. How much more can you do with indoor cycling besides give people good instructors, great environments, maybe some videos for at-home or in-studio use?

I certainly think the early wave of indoor cycling becoming part of the fitness landscape has happened, and it isn’t everyone’s cup of tea either so you have to have realistic expectations. My view is that indoor cycling has reached critical mass. I don’t see any reason why it wouldn’t retain that into the future, and some new studios will also come out I’m sure. But I think predicting lots of future growth would be misleading. I think we can expect steady, not spectacular, growth in this field.

The heart of the matter

Peloton: ‘A category of one’