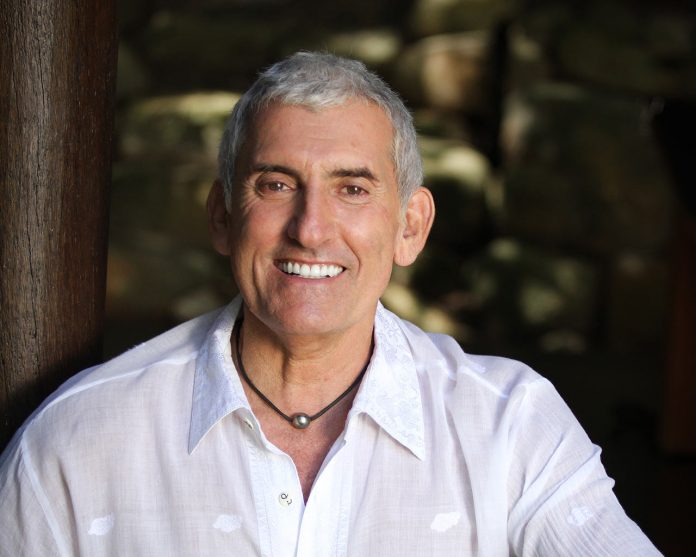 The inventor of Spinning talks to Kate Cracknell about his new bike, his desire to keep moving the industry forward, and the vital importance of engaging your mind whenever you’re moving

What did the indoor cycling sector look like before Spinning came out?
The sector simply didn’t exist before Spinning. When I came up with the idea, I had to design and build my own bike, which I did by hand. This was in 1987 and there was nothing like it on the market.

How did you come up with the idea of Spinning?
I was a professional athlete and cyclist, and I’d done the Race Across America twice – the longest, most gruelling cycling race in the world, stretching for 220 hours with just 18 hours’ sleep.

I was passionate about cycling and I wanted to share some of the principles I’d learned on the road with people working out in a gym environment.

But as I say, there was simply nothing like Spinning on the market, so when I came up with the idea I also had to work on everything around it – the bike, the concept, the patent applications, the programming, years of testing the classes, finding and training instructors. I did all of this myself, essentially creating what is now known as the Johnny G Method. 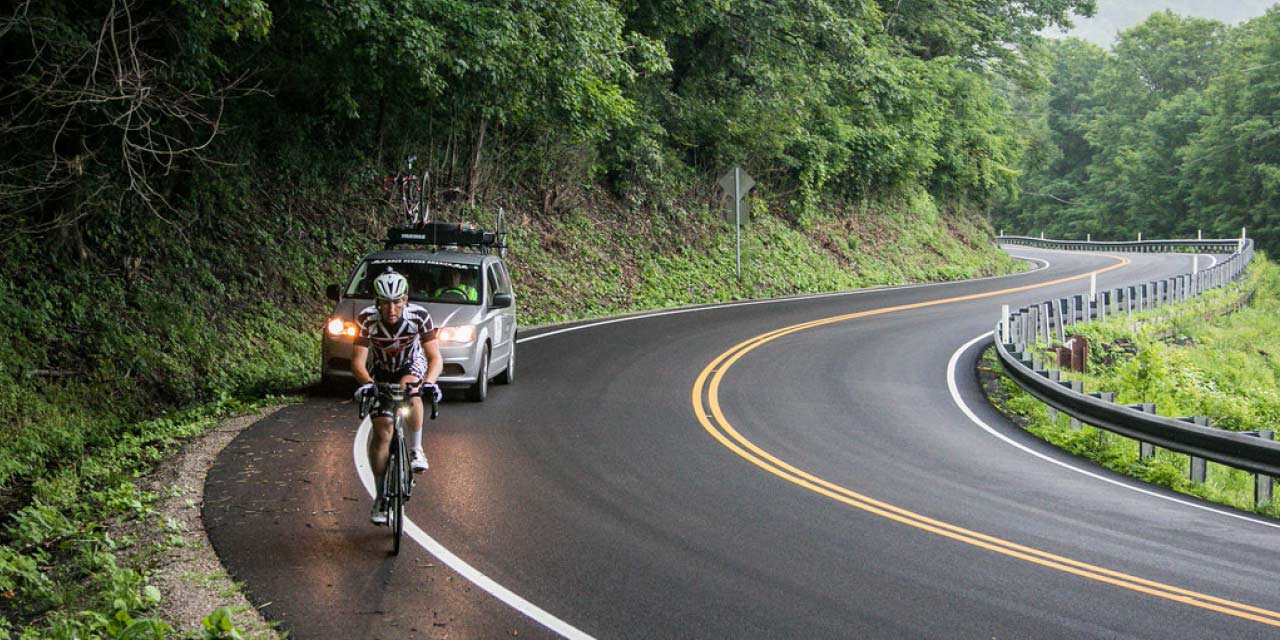 I then joined forces with Schwinn in 1994 and we built the Johnny G Spinner by Schwinn, which was launched at IHRSA San Francisco in 1995. It received an overwhelming response from all the operators at the show.

Over the years that followed, the bike evolved cosmetically – including when Spinning moved from Schwinn to Star Trac – but essentially the mechanics, the method and the programming remained the same.

What is the essence of the Spinning programme?
The programme is pretty robust, based on my martial arts training as well as the training I developed on the road. It was very effective as a competitive cyclist, and when I brought it indoors it was equally effective.

Importantly, my programming always had a mind-body component. Of course, the stationary bike is a tool to get yourself in good physical condition, but I honestly believe anyone can do the physical part. It’s the mental side of the programme – the philosophy – that’s key, because the body follows the mind.

Engaging the mind allows us to express and develop ourselves as human beings. This approach has proved very popular over the years: by 2004, we had trained 70,000 instructors around the world, in many different languages.

How has the broader indoor cycling market developed over more recent years?
It’s become a very competitive sector, both from a supplier and an operator perspective. Most recently, we’ve seen the boutiques – SoulCycle, Flywheel and so on – popping up everywhere and creating a successful niche. I’ve been very impressed by the indoor cycling studios I’ve seen around the world. I feel people have got it down to a science.

We’ve also seen Peloton taking gym training and moving it into the home. Technology has moved things on dramatically in gyms too: colour zones for heart rate training, leaderboards, tracking progress, virtual cycling and so on.

I’ve seen choreographed classes, leaderboards and graphics and movies, different environments, different inspirations… Some people like stats, leaderboards and competition and there are apps and studios that cater for that. Others like singing, dancing, partying, entertainment. Others prefer stillness, darkness, candles. It’s all out there and that’s great. The more avenues we explore, the more people will get involved.

But although the ways in which cycling is delivered and expressed and packaged are multiplying, it still basically comes down to the same thing: riding a stationary bike, getting a sweat on, and playing on imaginary terrain.

Provided this is delivered with sanity and variety, putting thought into the different styles of training – from strength rides and hills, through HIIT and time trials, to recovery rides – it’s a great, safe, non-impact way to get results fast while working at your own level. This is why indoor cycling isn’t a fad. It’s a staple, and indeed a way of life, for many people.

Do you think full-service health club chains can compete with the cycling boutiques?
I do, because of the numbers of people they’re servicing. If you look at the bigger chains, they have hundreds of thousands of members – far more than the boutiques.
There’s a perception that boutiques are the powerful ones, but boutiques are brands. That’s where their power lies: brands can be very powerful, and a boutique chain with 30 or 40 clubs is a strong statement.

For any clubs that want to up their game, I’d suggest focusing on education and training, making sure the programming is as good as it can be, investing in great equipment and instructors and creating special events to keep members engaged and reaching to achieve more. 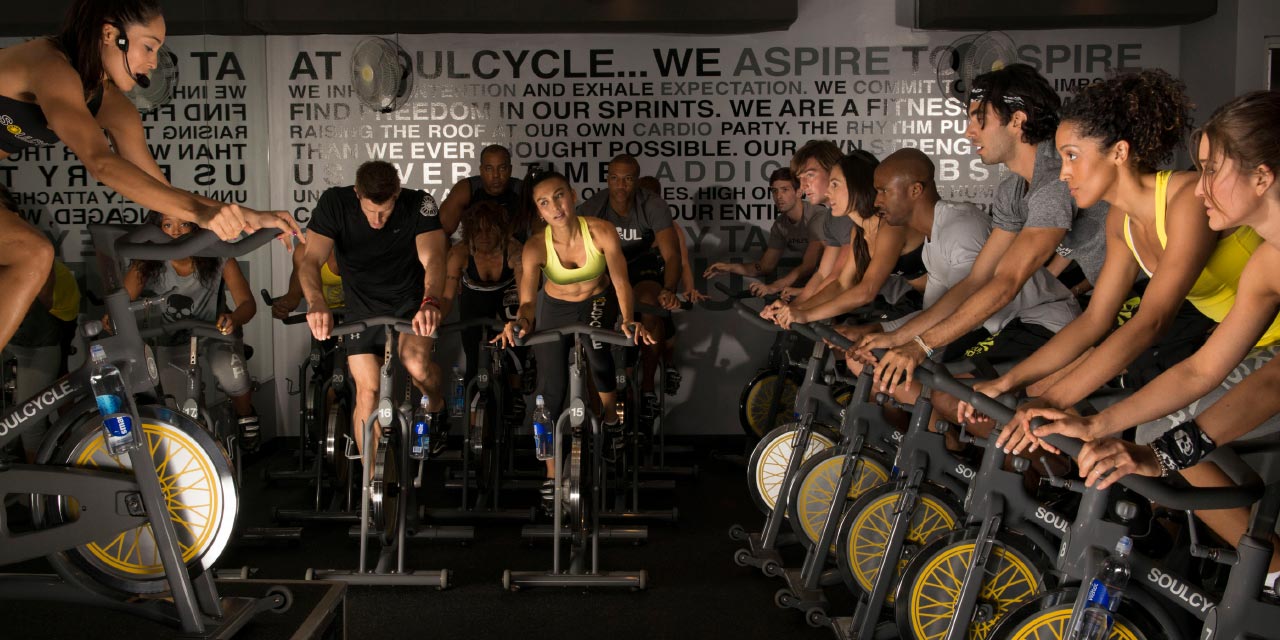 What’s your view on the shape of the indoor cycling market right now – is it getting close to saturation?
I had an interesting conversation with someone the other day who said it isn’t about new members any more. It’s about recycling the same population within gyms and making sure we have the programmes in place to take care of people as they age. There has to be something programme-wise for everyone.

That will be the next big trend I think, not just in indoor cycling but in fitness generally. As people age, we need to help them take care of their bodies so they’re in as good a condition as they can be for their age. A lot of the programming now is suited to younger people, but what about programmes – stretching and so on – for someone in their 70s? How can we support someone’s 75-yearold body so it’s functioning and performing to its own maximum potential?

So we need to look at longevity of training. We also need to look at the mental side of fitness – the peace of mind it gives you, the sense of empowerment, the ability to deal with the emotional activity of life. The focus needs to be on helping people grow as human beings so they’re fitter, healthier and happier.

What have you been working on recently?
I have two big projects at the moment. The first is the Johnny G Spirit bike, which is being manufactured by Dyaco. I believe there are still untapped opportunities in the indoor cycling market, so we’ve put our hearts into developing a bike like no other.

The Johnny G Spirit bike includes some new innovative features: a battery-less generator, for example, and electronic shifting. You don’t turn a knob to increase and decrease resistance. Instead, our electronic system is very specific and quantified, so you’re able to accurately replicate your training. We have a console too, which has been designed to clearly focus the mind on five key metrics: resistance, time, distance, watts (power) and heart rate.

I will keep pursuing this hobby and passion of mine for as long as it keeps
giving me and my family joy.

This focus on distance and time links in with my other project, Ride of Truth. This is an eventbased programme for cycling enthusiasts, where you come along for five hours and do lectures and workshops, you take part in various cycling training methodologies – hills, endurance, intervals, recovering and so on. But crucially, you do a time trial. This is at the heart of the event.

Importantly, Ride of Truth isn’t about having an instructor in front of you telling you what to do. Instead, you’re given a goal and a challenge and you go for it. So, for example, we know that fitness enthusiasts – if they push themselves and ride at a good pace – will cover 5 miles in 20 minutes. We might therefore give someone the goal of riding 5 miles in 15 minutes.

We therefore have a performance aspect based around time and distance. But we’re also tapping into the emotional aspect of being a human being; self-development starts when you taste challenge, adversity, when you have to face yourself. It’s very liberating.

In fact, this is why we’ve called it Ride of Truth: because at our events, everyone has to face their own ability, the intensity they can handle, their power to focus their mind. It’s about tenacity, courage… all the things that make athletes athletes. It’s about exploring not only your physiological limits, but also where you can take yourself in terms of self-motivation and inspiration.

Finally, what role do you personally intend to play in the future of indoor cycling?
I intend to keep pushing and moving fitness forward. I’m passionate about what I do, and I want to keep inspiring people of all ages and mentalities, sharing fragments of information with those who are like-minded and who are looking for mentorship – people who are looking to excel and who want to reap the best of what health and fitness has to offer.

Ultimately, I’ve grown over many years – both as a professional athlete and as a human being – and I love what wholesome, mindful activity can do for you.

Peloton: ‘A category of one’