A leading light in the Danish ladies’ golf team, Thomsen is currently fighting her way back into the game after major surgery – and indoor cycling is proving a great ally. She speaks to Kate Cracknell
Download PDF
Read Issue

For how long have you been playing golf?

I’m now 22 years old and I started playing golf when I was seven years old. I was in the garden with my parents and took a couple of swings with a golf club. They looked at each other in a way that said “wow, that was really good!” A couple of weeks later, I started at the local golf course and just got more and more interested in the game.

At the age of 13, I was picked for the national team. It was still the junior team at that point, but I moved across to the ladies’ team before I turned 18.

Probably my biggest career highlight to date was competing in the World Championships in Mexico in 2016, when I came second individually and helped the Danish team secure fourth place. 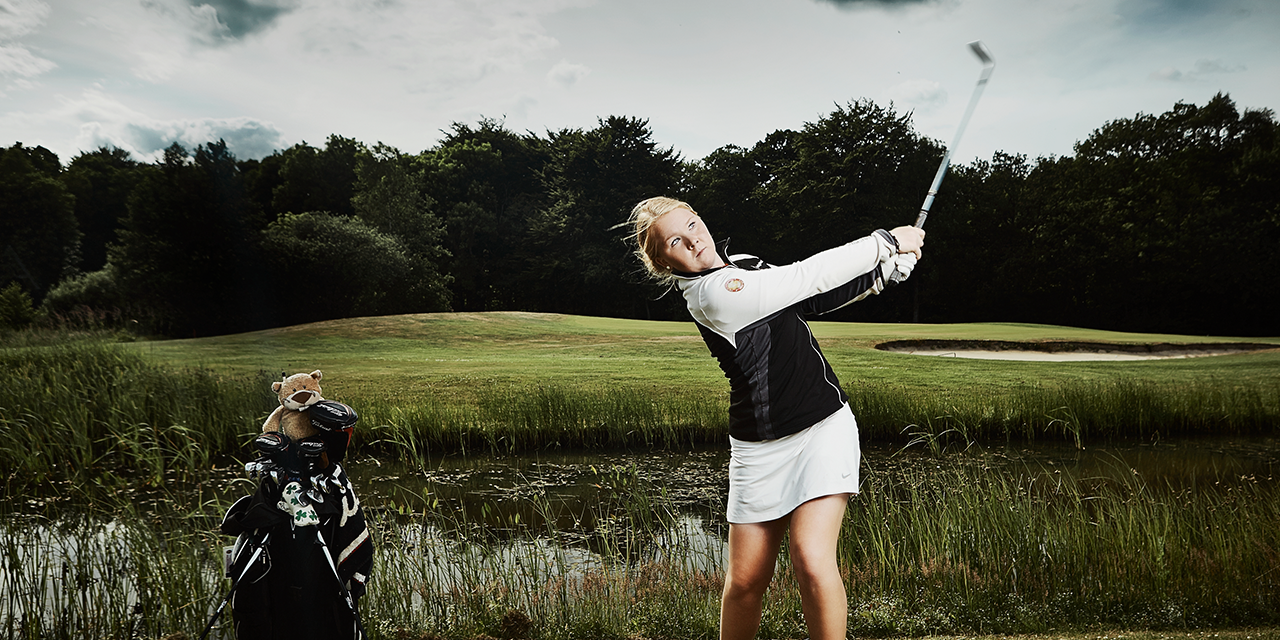 I had the same operation as tiger woods. i find it helps people understand if i say that.

How did you get injured?

I started feeling pain in my back six years ago, but the specialists said I only needed to go back and see them if / when I started to feel pain in my leg. Apparently it’s a condition I could have had since I was born, or from a young age, and in most people it doesn’t develop too quickly. It might never have got to the point of leg pain.

Sadly, the condition progressed rapidly with me: by March 2019, while I was at college at Florida State University, I started to feel nerve pain in my leg. It’s hard to describe, but I couldn’t actually feel my leg: just a burning pain inside it. By summer of that year, the leg pain was so bad I couldn’t even feel my back pain any more. 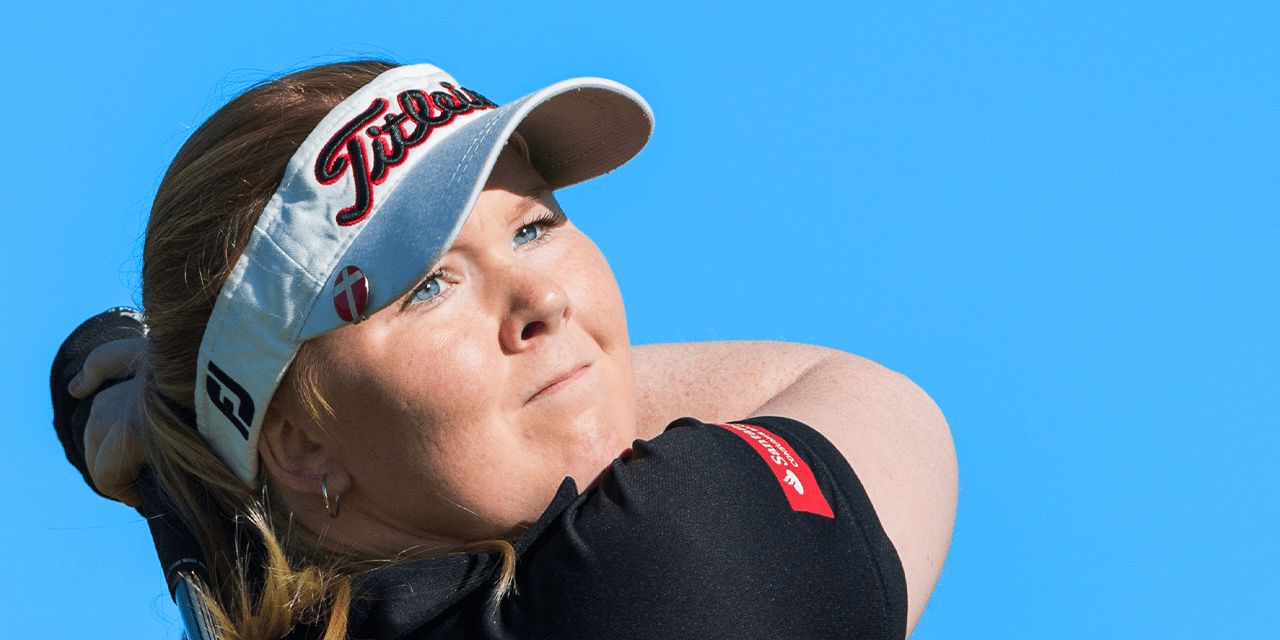 I’m on a full scholarship and I didn’t want to let the university down by being injured and unavailable to play, so I carried on playing. I also spent an hour to an hour and a half every day at the university’s rehab centre. They have great facilities there for the student athletes and I think that’s why I managed to keep going for as long as I did.

But ultimately the pain spread through my whole leg, hip to toe, and by May 2020 I couldn’t even walk. By this point I was back in Denmark, having flown home in March due to COVID.

I knew there was no way out of it: it was time to have an operation.

What did the operation involve?

I had the same operation as Tiger Woods – I find it helps people understand if I say that – so it wasn’t without risk and I was quite nervous about it.

The surgery was designed to stabilise the lower part of my back: L4, L5 and S1 for those who know their way around a spine. My L5 in particular had moved so far out of position – 21mm – that they had to stabilise it from both directions, putting screws in through my back and through my stomach.

they had to go in from both directions, putting screws through my back and through my stomach

How is your recovery going?

My leg pain was totally gone the moment I woke up from the anaesthesia and my six-week check was also very positive: having initially been told I wouldn’t be able to start putting until three months after the op, in fact I was allowed to do small amounts after just six weeks, provided I felt no pain. I also started some easy rehab work to get some mobility into my back. A couple of weeks later, I started doing small chip shots around the green and now I’m up to 60m pitch shots. I can start full swings on 30 December.

Alongside all of this, I was keen to start rebuilding my fitness levels and I knew cycling – as a low-stress option for the body – would allow me to get my heart rate up far earlier than running would.

Very kindly, BODY BIKE gifted me an indoor bike to support my recovery. I started cycling as soon as I started rehab in mid-August and I’ve tried to cycle every day, even if just for 20 or 30 minutes. I’ve complemented that with some balance pad work, resistance band and Swiss ball exercises. I’m very happy to be able to do some simple workouts in the comfort of my own home to boost my recovery.

How important is cycling to your rehab?

It’s been a great way of optimising my recovery, building fitness in the early stages of my rehab while minimising the risk that something might go wrong.

It’s been great mentally, too, to get going before I slipped into a habit of not training. I feel like I’m in a better place already, back in an exercise routine, and that’s thanks to cycling.

my goal is to be ready to play by march 2021. it’s ambitious, but i think it’s possible.

It’s a mental boost too, and that also benefits my golf: the better shape I’m in, the easier I find it to focus on the course. I think it would have been much harder had I been trying to get fit at the same time as trying to properly focus on my game again. 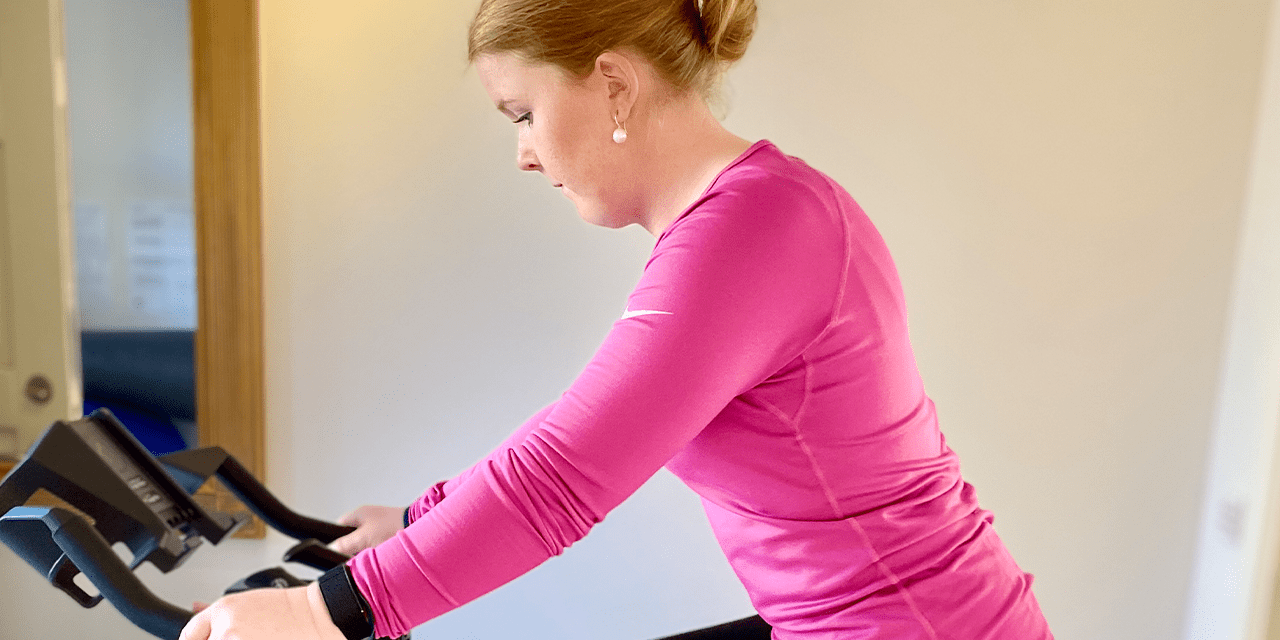 Is cycling something you’ll continue to do once you’re fully recovered?

Absolutely. My physio told me many years ago that running wasn’t the best option for me, so I’ve always favoured cycling or cross-trainer workouts over running, just because they’re low-impact.

I will probably start going for a couple of runs a month when I’m fully recovered, as I did before, but I think – and this goes for everyone, not just me – it’s good to choose forms of exercise that protect your body and minimise risk of injury. We all want to be here for as long as possible, so we need to take care of our bodies.

I enjoy cycling, too, both indoors and outdoors: I do it because I like it, not because I have to. Golf has always been my ‘me time’ – a chance to clear my mind of the other stresses in my life and just focus on my game – but in fact, I’ve found cycling is giving me the same feeling. I can either sit on my bike and think the day through as I ride, or I can put my music in my ears and cycle as fast as I can! 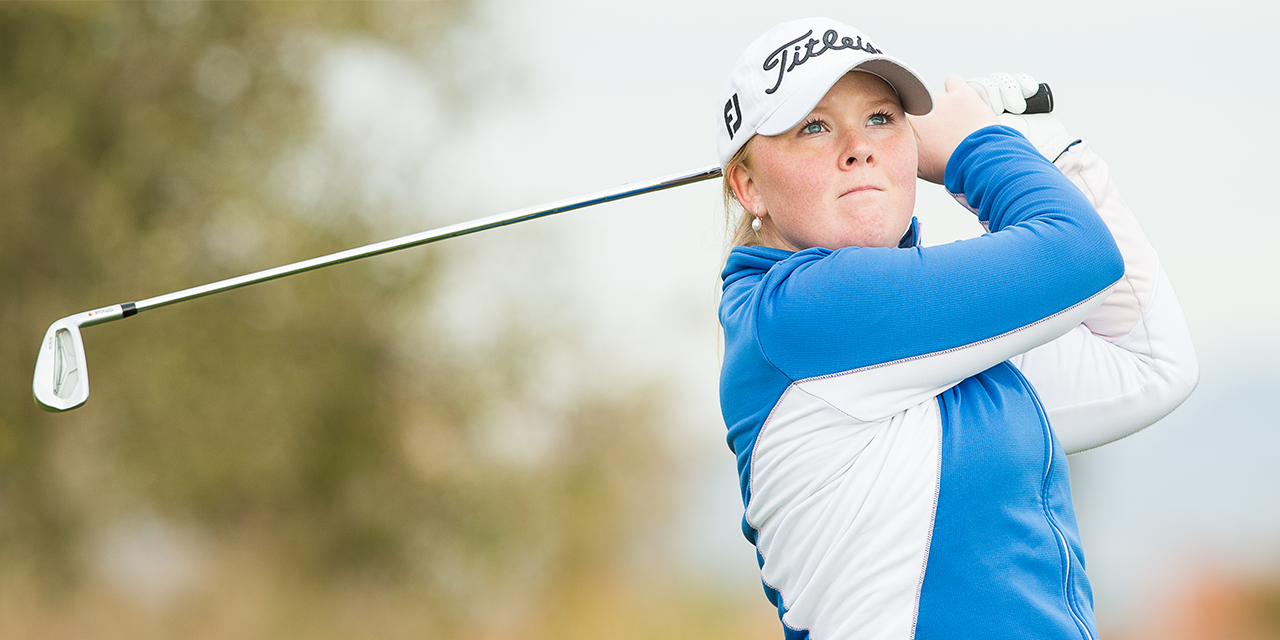 Will you recover fully?

The fact it was my lower back that was operated on, rather than up towards the shoulders, should mean my swing is less affected.

In fact, I used to rotate quite a lot in my swing: too much. It could even be that having my lower back pinned and stabilised is a good thing, reducing my rotation!

What are your goals now?

I don’t have a specific tournament in mind at this stage, but my goal is to be ready to play by March 2021. It’s ambitious, but I think it’s possible. I’m pretty stubborn: if I think there’s a chance, I’ll go for it. My ethos throughout this whole thing has been: ‘Where there’s a will, there’s a way.’ 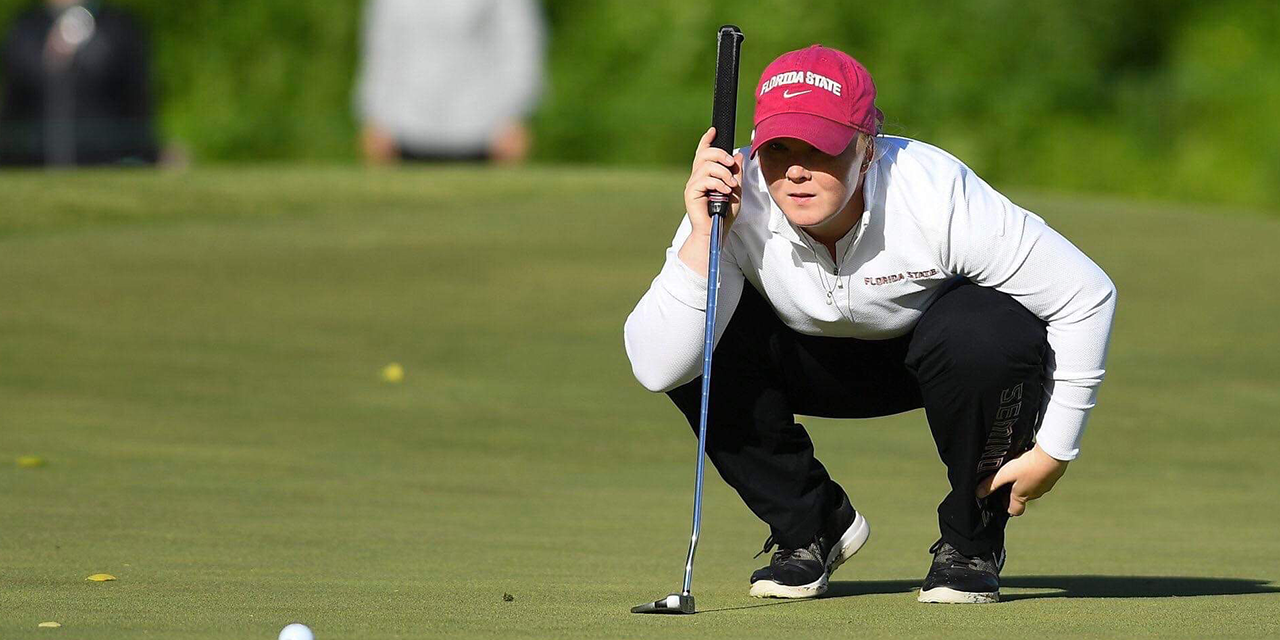