CycleBar, the boutique indoor cycling brand owned by Xponential Fitness, has gone through an impressive turnaround. Its president tells Kate Cracknell about the brand’s bold plans to dominate the sector with 600 locations in just five years’ time

When did Xponential Fitness acquire CycleBar, and why?

Xponential acquired CycleBar on 30 September 2017 and took over the business on 1 October 2017.

Cycling is such an intuitive discipline and so important to health and fitness – you don’t have to educate the consumer. It’s also one of the main modalities in boutique fitness. But while SoulCycle had already done a phenomenal job of putting boutique fitness on the map – it let the world know how different boutique fitness is from the big boxes – nobody other than CycleBar was offering a franchise package for boutique cycling. That made it a clear acquisition prospect for Xponential Fitness.

When and why did you join CycleBar?

The moment I saw the CycleBar branding and programming, I was impressed. It was also a turnaround project rather than a start-up, which was a challenge that appealed to me. However, my number one reason for joining Xponential Fitness was Anthony [Geisler, CEO of Xponential] himself – his exciting vision for the overall business.

I started in my role as president of CycleBar on 1 November 2017, when we brought in the new corporate team. 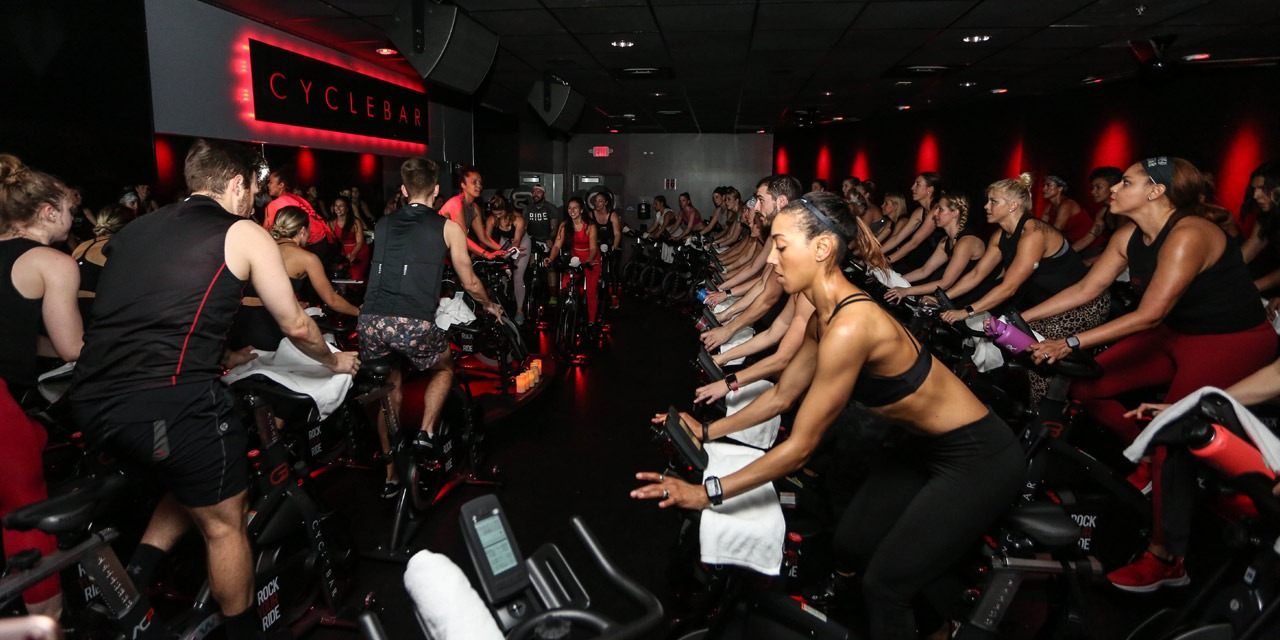 What’s your background, and how has this shaped your approach to CycleBar?

I’ve always been passionate about fitness and I love helping people get healthy and in shape.
I have a background in franchising, helping franchisees of brands such as Crunch and UFC Gym, so my primary customer has always been the franchisee. I’ve been there to support the people who service the members, helping them grow their careers in the fitness space and make money through franchising.

This experience as a third-party advisor has allowed me to see things from both sides – franchisor and franchisee – and has given me valuable insight into how to speak to franchisees, bridging the gap between them and the franchisor to build a relationship of trust. This has very much shaped the way I approach things at CycleBar.

In what shape was the CycleBar business when you bought it?

The branding and programming were good, as was the overall vision: to create an experience, in a motivational and inspirational environment, that let people escape their everyday.

But operationally the business needed attention. There had never been a national digital campaign, so what we effectively had were hundreds of separate mom and pop studios being marketed across the country. Those studios hadn’t been allowed to sell memberships – just packages – and weren’t even allowed a phone to take enquiries. They had also been instructed to only open for classes, and to close the rest of the time.

Build-outs had also become too expensive – US$750,000 on average, which we felt was about US$250,000 too expensive. It wasn’t a problem of location. The sites were simply too big.

The outcome was that 75 per cent of the studios weren’t making money when we bought the business, so we had a lot of very worried franchisees.

However, everything that was wrong with the business was what Xponential is good at. 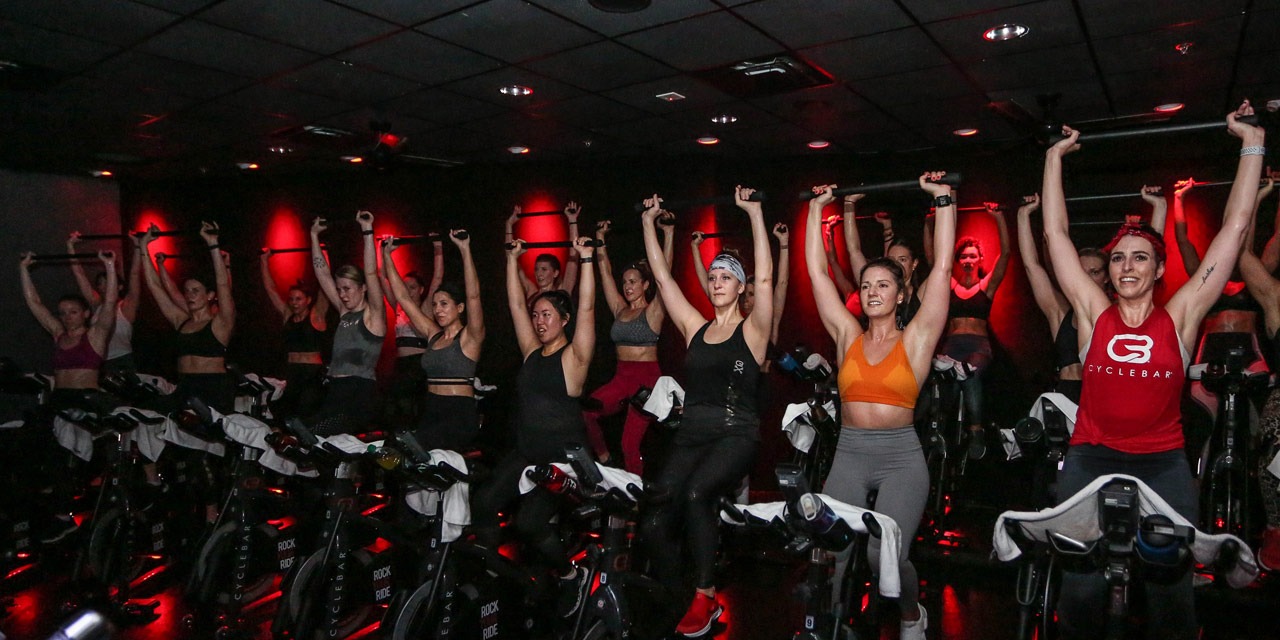 What changes have you brought into the business?

There were two main prongs to our approach: build-out and operation.

In November 2017, we stopped selling franchises for three months – we didn’t want to sell something we knew wasn’t working. We stopped signing leases too, as the sites were too big, and anyone who had already signed a lease was supported in bringing down build and start-up costs.

Then we looked at the studio model in detail. We wanted to keep the same number of bikes – 50 – so we looked at what else we could strip out to make studios smaller and less expensive. The first thing was the large DJ booth. DJs generally only came in once or twice a month, and when they did, they tended to set up next to the instructor, so we took the booth straight out. We changed the flooring – it actually looks and performs better now, as well as being more affordable – and took out the risers and the curved wall at the back of the studio that was designed to make it feel like a theatre. Members weren’t worried about it and it immediately freed up lots of space.

Additionally, showers are now only offered if the market demands them, and we removed the wall that funnelled people through reception. Not only did this free up space, but it also means people going past the studio can now see in – not into the studio itself, but to where people put on their cleats before class. That’s very important, because we know the average person goes past three times before they come into the studio. One of the things they’re looking for are people who look like them. They also want to see somewhere that looks busy.

classes need to be 40 per cent full to break even. That said, we aim for a minimum of 60 per cent

We’ve also kept customer service levels high, through touchpoints that don’t feel forced. A premium offering, and premium service, have to be in place to earn you the right to ask for a sale.

Studios are also now open all the time, with phones to take enquiries, and franchisees can sell memberships as well as packages so they have recurring income. They also pre-sell memberships. There was some resistance to this, but we’ve gone from pre-selling 77 memberships per location at first, to now averaging 320. That’s already enough to break even – classes need to be 40 per cent full to break even. That said, we aim for a minimum of 60 per cent, and many of our new studios are exceeding that. 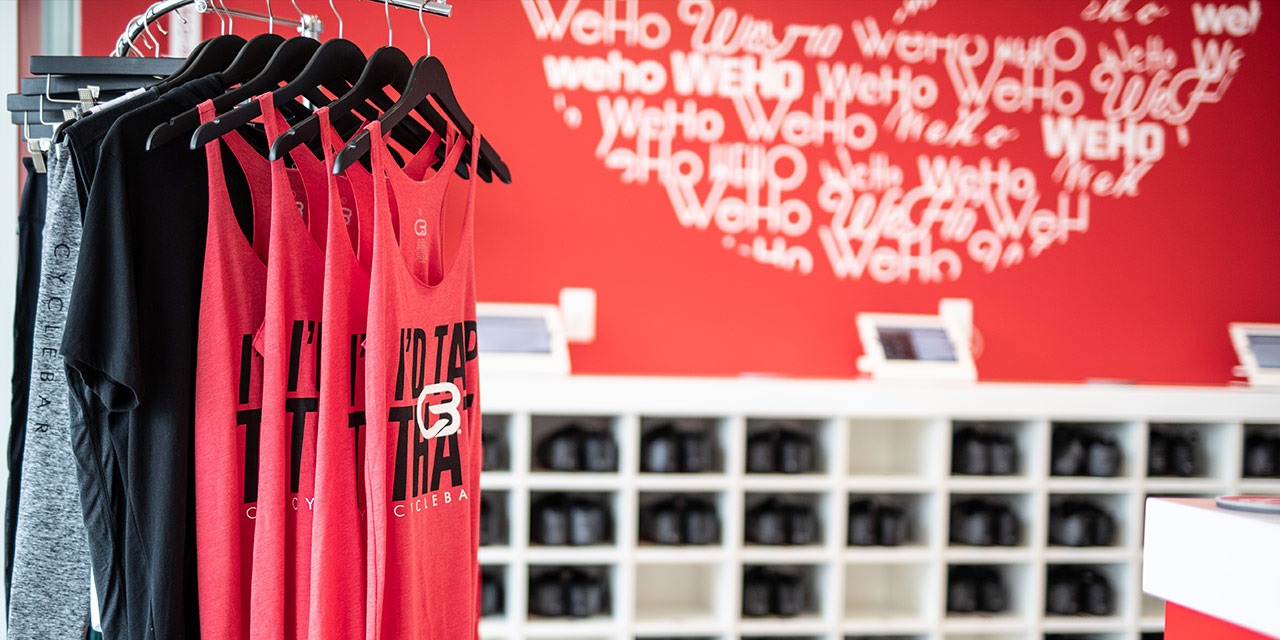 In what shape is the business now?

Before we took over, revenue averaged US$300,000 per studio, with high levels of debt. Now our legacy sites – the studios that were open before we took over – are averaging US$433,000 annual revenue. These studios have seen consecutive growth for the last 17 months, with a 19 per cent average growth in revenue.

Meanwhile, our new studios average US$620,000 revenue a year.

We’re still not there yet – we still have 70 sites on the old operating system – so although there’s already been a huge uplift, there’s more to come once all stores are converted and settled into the new systems. We’ll finish that work this year.

Crucially, it’s revenue per store that our team at HQ are compensated on, not how many stores or franchises they sell. We want our franchisees to be successful, and our corporate support team to share in that success.

What do you see as the brand’s USPs?

There are a number of USPs, starting with our choice of programmes. We offer three different styles of class: Connect Ride, which is lower intensity, more spiritual, with a connection between instructor and participant; Classic Ride, which is more about stats and data; and Performance Ride, which centres on racing and competition.

Our director of education, Tevia Celli, designed Performance Ride, but she felt we should do the other two styles of class too. It allows sites to choose what’s right for their community; if they offer all three classes, members can choose the class that feels right for them, so it broadens the appeal.

The way we monetise is another USP, selling memberships as well as packages.

And then there’s our instructor training: we start educating them, at our expense, before they even start working for a franchisee. We help them understand how we instruct, so even if they’ve never taught at a boutique before, they have a chance of passing our audition. If they do, there’s ongoing CPD and even a chance to become a master trainer if their classes are consistently at 70+ per cent capacity. So, there’s career progression, not to mention a chance to become an influencer – our master trainers have a big social media following.

But the real X factor of CycleBar is that the studios have a ‘mom and pop’ feel, and that’s precisely because they’re franchised rather than corporately owned. It takes hospitality to a whole new level when it’s someone local running it – someone who really knows the market and the local community. But then all of this is supported with systems and training from HQ to ensure everything runs smoothly and efficiently. It’s the best of both worlds. 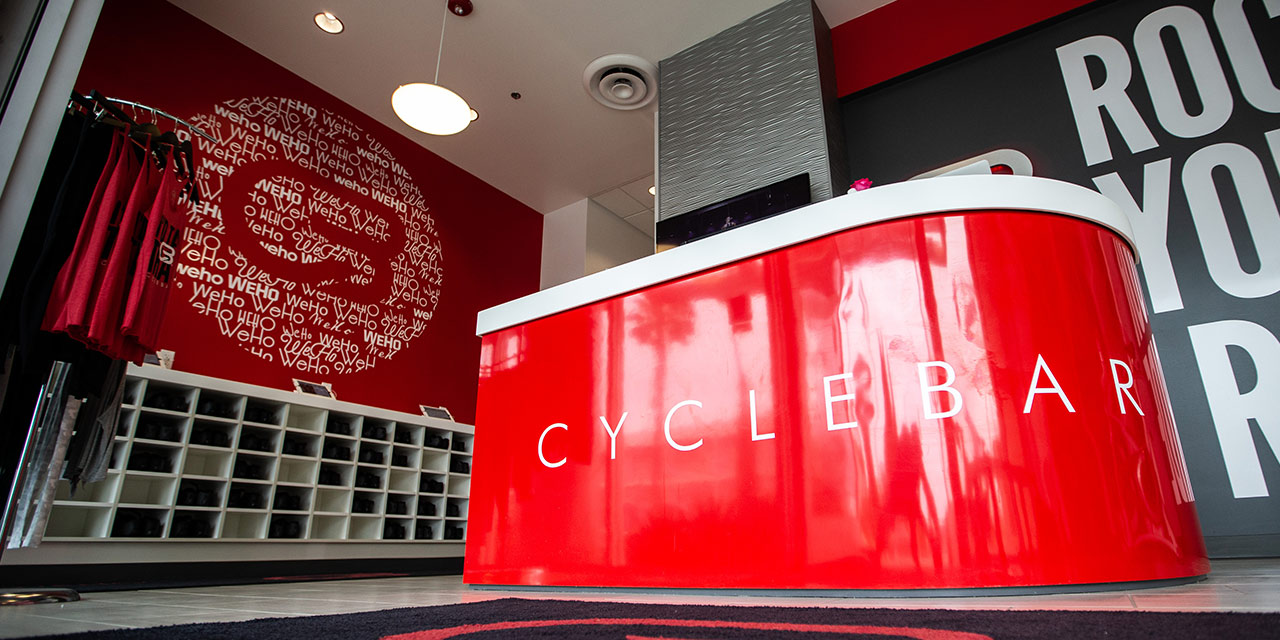 What are your growth plans?

We’re currently in 38 states in the US, with 42 sold: we have 161 sites open and operational, with another 50 signed and pre-selling memberships [figures correct as at 1 May 2019].

We’re in three other countries already – Dubai, the UK and Canada – with other markets such as Japan, Saudi Arabia and South America in the pipeline. Roll-out hasn’t yet started in the UK, because we’ve brought in new equity partners who want to take on some of the other Xponential brands too – they will be the master franchisee for Xponential in the UK and we’re just finalising that deal. But they have aggressive plans, including 20–30 CycleBar studios.

Across all markets, I expect to open a further 70 CycleBar locations this year, taking us past the 250-site mark. The goal will be for an average US$600,000 revenue per site across those 250+ locations by the end of the year.

2020 will then see a big push around technology to drive engagement: an app to reach beyond the studio, ‘frequent rider’ points, heart rate training and tracking technology.

Ultimately, I think international is where our growth will be. I expect us to cap out at around 600 locations in the US, but interestingly, I think cycling is bigger outside of the US. 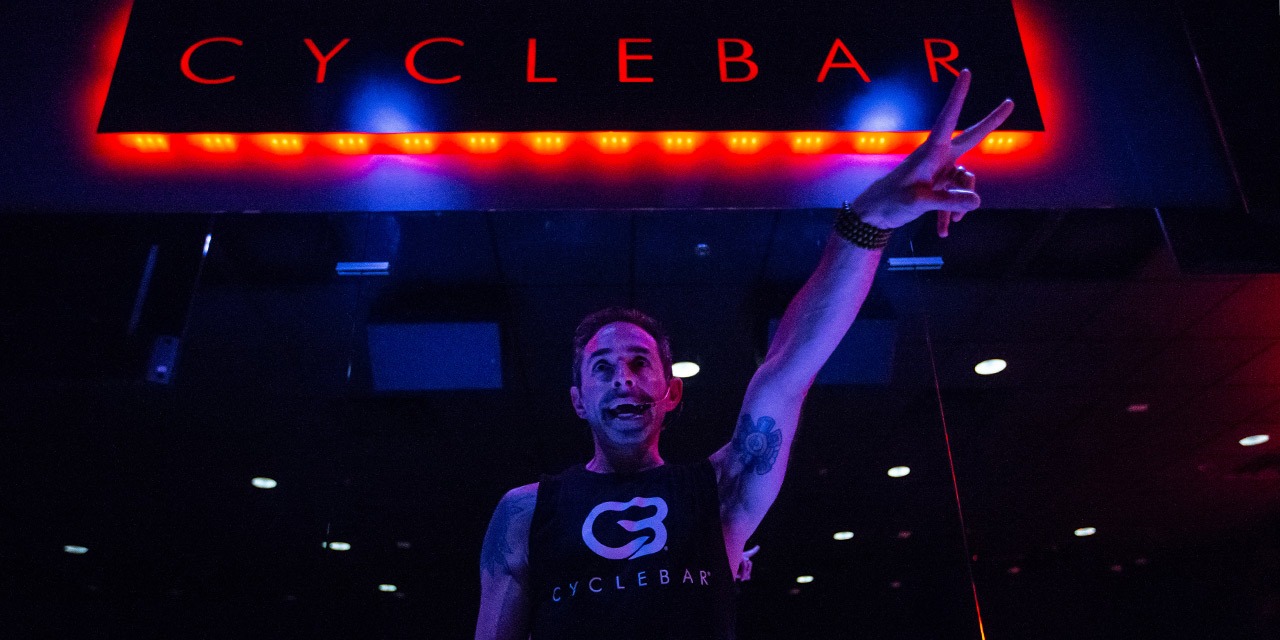 What do you see as the future of indoor cycling?

In this boutique cycling space, I don’t see SoulCycle or Flywheel franchising. While other brands may pop up, CycleBar will continue to grow and dominate this franchise sector.

The heart of the matter

The three arenas of ACTIC