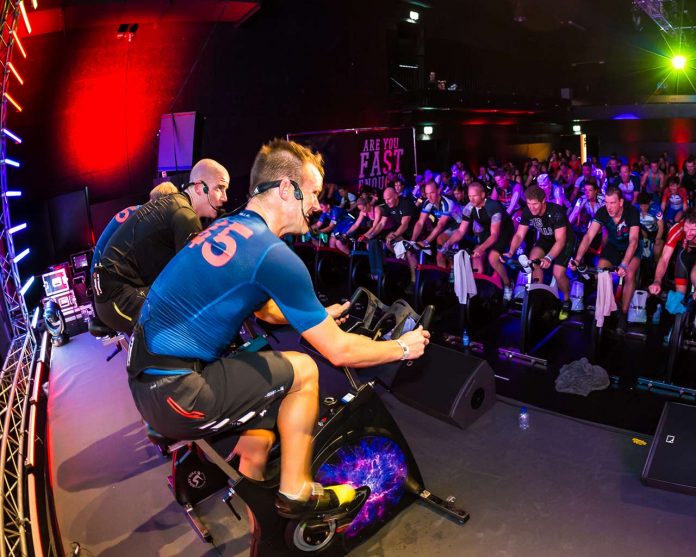 Scientists are currently exploring whether a hormone known as FGF21 can be used as a drug against diabetes and obesity. But new research suggests there may be a simpler option: our body will naturally produce far more FGF21 if it does a 60-minute indoor cycling workout

Strength training and cardio exercise affect the body differently, not only in the obvious ways – building muscle versus developing cardiovascular fitness – but at a hormonal level too. This is the topline finding of a new study by the University of Copenhagen.

At face value, this may not seem overly surprising: these are, after all, two very different methods of training. But although logically we might have expected this to be the case, in fact the evidence hasn’t historically been there to prove it; surprisingly little has been known to date about the contribution of specific forms of exercise to the overall health benefits of being active.

The Copenhagen findings, recently published in the Journal of Clinical Investigation – Insight, are therefore significant and worthy of a closer look.

So what did the researchers discover? One key finding for all you cycling enthusiasts out there is this: cardio training on an exercise bike causes an increase in the production of the hormone FGF21 that’s three times as large as the increase observed from strength training with weights. And that matters, because FGF21 has a number of positive effects on our metabolism.

Let’s first take a step back and look at the FGF family of hormones in general, which are involved in a variety of biological processes including cell growth, morphogenesis and tissue repair. Within this, FGF21 – a hormone secreted by the liver – has been shown to act as a metabolic regulator that plays a role in controlling glucose homeostasis, insulin sensitivity and ketogenesis. Indeed, treatment of animals with FGF21 has been shown to result in increased energy expenditure, use of fat and lipid excretion.

It’s therefore hugely important to discover that indoor cycling significantly increases the level of this hormone in our blood.

The power of cardio

A quick word about the methodology of this randomised crossover study. The researchers took 10 healthy young men, randomly divided into two groups. All 10 men did both forms of exercise – cardio and resistance – once a week, with enough time between workouts to keep results distinct. The subjects also fasted overnight before all workouts, to ensure hormone levels were not impacted by food intake.

Both types of workout lasted for 60 minutes and were relatively tough: the cardio workout involved cycling at 70 per cent of VO2 max, while the strength training workout consisted of five exercises – each repeated for five sets of 10 reps – that worked all the major muscle groups.

The impact of the workouts was then measured by taking eight blood samples from all participants: pre- and post-exercise, plus six more samples over the following three hours. The researchers monitored levels of blood sugar, lactic acid, various hormones and bile acid in the body over this total four-hour period.

And the findings were notable. Specifically in relation the cardio workout, the researchers observed a significant increase in FGF21 production; there was no significant change in levels of this hormone in response to strength training. In addition, the researchers observed a robust increase in plasma glucagon preceding the FGF21 increase. This suggests that a fairly intense, 60-minute cycling workout can result in the co-ordinated regulation of FGF21 and glucagon – a hormone formed in the pancreas which promotes the breakdown of glycogen to glucose in the liver.

In contrast, glucagon concentrations were unchanged after strength training, and gradually declined during the three-hour recovery period.

“FGF21’s potential as a drug against diabetes, obesity and similar metabolic disorders is currently being tested, so the fact that we are able to increase the production ourselves through training is interesting.”

“We’ve known about the effects of various forms of training on more well-known hormones – like adrenalin and insulin – for a long time, but the fact that strength training and cardio exercise affect FGF hormones differently is new to us,” says Christoffer Clemmensen, associate professor at the Novo Nordisk Foundation Center for Basic Metabolic Research, and one of the researchers behind the study.

“Endurance training on a bicycle has such a marked effect on the metabolic hormone [FGF21] that we now ought to take a closer look at whether this regulation of FGF21 is directly related to the health-improving effects of cardio exercise.

“FGF21’s potential as a drug against diabetes, obesity and similar metabolic disorders is currently being tested, so the fact that we are able to increase the production ourselves through training is interesting.”

The researchers point out that their results are limited by the fact that blood samples were not taken more than four hours after training – the longer-term impact was not measured. Neither are they able to comment on the effects of a full training programme on the FGF hormones.

Nevertheless, the results are so significant that they provide a solid foundation for further research, including whether similar effects can be seen in other population groups based on sex, age and metabolic status.

For now, the take-away is this: if you want to boost your metabolism and burn fat… get on your bike!

1st September 2022
How many studios can say they have members who come every day, often more than once a day? Kate Cracknell talks to the team...

Studio design: Know the WHY behind every decision