The appliance of science

What makes for a great group exercise class? Pose that question to a group of class enthusiasts and you’ll no doubt be offered a wide range of answers: great instructors, inspirational music, engaging choreography, exciting AV…

But to focus purely on the experience is to miss one vital factor – and that factor is RESULTS. You might be able to make a class fun, but how many people would do it if they weren’t also likely to get fitter, lose weight, improve their health?

That’s why, even with its decades of group exercise expertise, Les Mills International continues to invest in extensive research – research to prove the effectiveness of new programmes and establish compelling ways to speak about them, but also studies to help it continually improve existing programmes.

Within this, cycling has been a key focus – and the research has paid dividends, leading to the successful expansion of Les Mills’ portfolio of indoor cycling programming. Now, alongside RPM, cycling enthusiasts can also benefit from HIIT cycling concept SPRINT and immersive experience THE TRIP.

“Our research has highlighted that, by offering a variety of different programmes, cycling can accommodate people of very different levels of fitness and exercise experience,“ confirms Bryce Hastings, head of research for Les Mills.

And Hastings believes such research shouldn’t be left behind the scenes. “Clubs should always be looking for new ways to promote the benefits of cycling to members, and sharing these kinds of research findings is one way to do that,“ he says.

We take a look at some of the research that shaped RPM, SPRINT and THE TRIP. 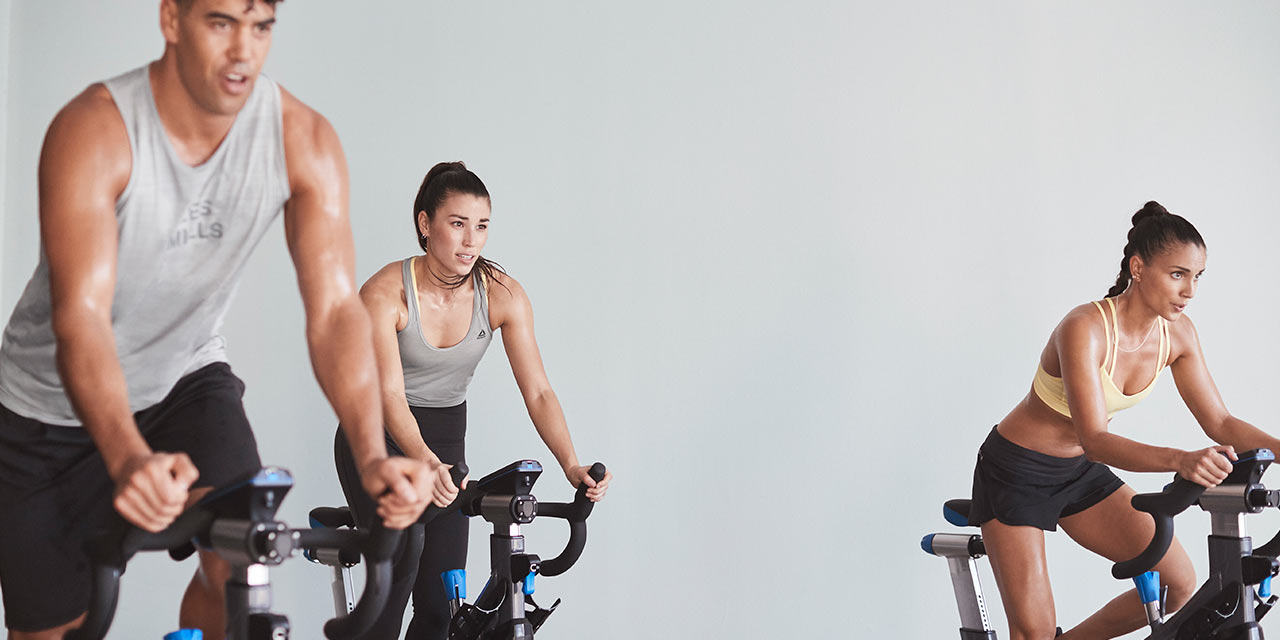 “We wanted to investigate whether group cycling could reduce the risk of cardiovascular disease in a group of sedentary individuals,“ explains Hastings. “In particular, we were interested in the
effects of what we call cardio peak training – varying levels of intensity off a sustained aerobic base.

“We were also interested in whether cycling in groups could improve compliance.“

The study was conducted at Loughborough University in the UK in 2015, and set out to study the effectiveness of an eight-week studio cycling intervention – conducted in a group environment – on improving the cardio-metabolic health of previously physically inactive, overweight adults.

“The compliance rate – attending 95 per cent of the prescribed workouts – was really high for this type of group,“ observes Hastings. “This was possibly due to the group environment, but crucially, it was instrumental to the success
of the intervention in reducing cardiovascular disease risk.“ 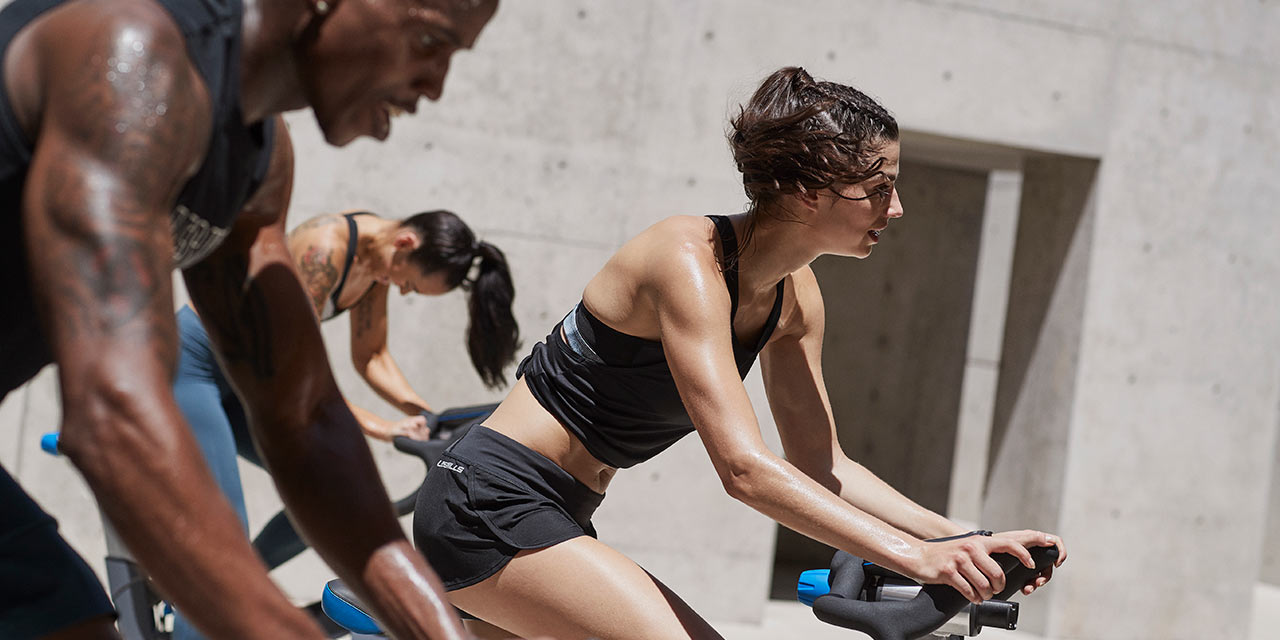 SPRINT: Get your cycling HIIT

“We had seen great results from Les Mills GRIT, our series of HIIT workouts that combine high impact bodyweight and resistance exercises,“ explains Hastings. “We wanted to investigate whether we could achieve similar results with a non-impact form of HIIT, namely Les Mills SPRINT, which is carried out on a bike.“

Conducted at Penn State University in the US in 2015, this study was based on a hypothesis that a six-week intervention – where trained individuals replaced one 60-minute bout of moderate cardiovascular training with two 30-minute bouts of HIIT cycling – would improve health and fitness more than maintaining their moderate-intensity cardiovascular exercise routine.

In this study, 36 trained adults were randomly
assigned to one of two groups: Group HIIT or Group FIT.

The HIIT intervention significantly improved all variables except HDL cholesterol. Peak oxygen consumption and leg strength increased significantly for the HIIT group – these individuals saw increases of 9.7 per cent and 11.9 per cent respectively – but not the FIT group.

“I’m always impressed with how fast HIIT works,“ comments Hastings. “A nearly 10 per cent increase in VO2 max for a group who are already fit – in just six weeks – is impressive.“

He adds: “The other reassuring component of this research was that you don’t need to jump around doing high impact exercise to reap the rewards of HIIT training. A class like Les Mills SPRINT is accessible to anyone who wants to take their fitness up a notch.“

THE STUDY FOCUSED ON EXERCISE INTENSITY AND PERCEIVED EXERTION 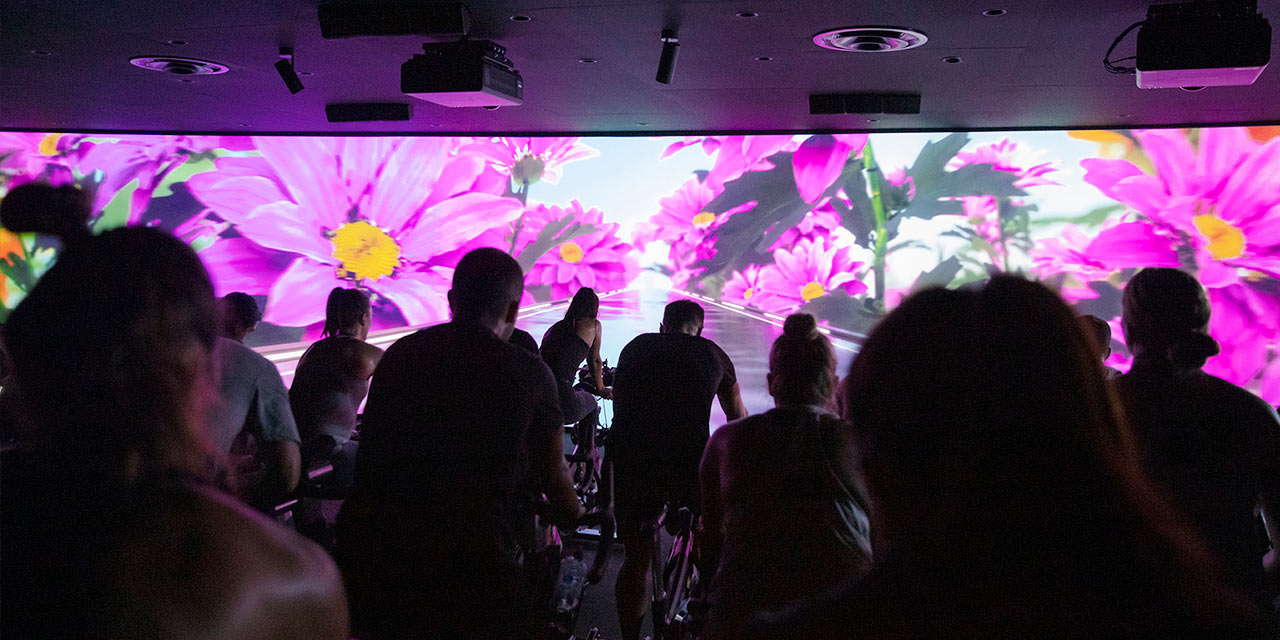 THE TRIP: Immerse yourself

“We’ve previously published findings on the various motivation styles instructors might use in a cycling environment,“ says Hastings. “These findings indicate that the old ‘bootcamp’ style of instruction may not be the best method.

Les Mills was therefore keen to explore new ways of motivating members, and it developed what it believed to be a world-class solution: its immersive, audio-visually spectacular TRIP classes. This was then put to the test in a scientific study.

“This study was designed to explore what adding this visual experience would do to the cycling intensity, and the perceived exertion of the workout, among novice cyclists,“ says Hastings.

“We already had good data that group cycling workouts delivered key health benefits – as noted in the RPM study above – but what effect would adding a visual stimulus have?“

Conducted at Penn State University in 2017, the study therefore set out to investigate the impact of the immersive qualities of THE TRIP – specifically, whether those immersive qualities increased the intensity of a person’s workout without them noticing how hard they were pushing themselves.

Tests were conducted on a group of 20 novice fitness participants. Over an eight-week period, they completed eight audio-only group fitness cycling classes and eight immersive classes (featuring digital imagery matched to the music).

The results showed the novice group’s rate of perceived exertion (RPE) – that is, how hard they thought they had worked out – was less doing THE TRIP than when doing the audio-only class, when in fact the intensity was the same.

“This investigation indicates that THE TRIP is an ideal group fitness environment for relative newcomers, to help them achieve their fitness goals,“ says Hastings.

“Cycling studios in general are a great avenue for beginners. There is very little technique involved, so perceived competence levels are high right from the start. But what this research shows is that adding a visual stimulus can reduce perceived intensity, which we believe can also help beginners. The element of ‘exertainment’ reduces the sense of discomfort and encourages people to adhere to cycling classes in the early stages of developing an exercise habit.“

He adds: “Exercise intensity has been highlighted as a key factor that can impact compliance in early exercisers: if those new to exercise feel they have had to push themselves ‘too hard’, they may be less likely to return. With THE TRIP, they get into a higher heart rate zone to get fitter, faster, but without feeling the discomfort of this intensity level.“

And on this topic, Hastings has further advice to offer beginner cyclists – and the clubs and studios catering for them: “Starting gradually is key, focusing on frequency and consistency before intensity.

“In fact, we’ve found that giving people the licence to leave a class when they have had enough, and slowly adding tracks as they get fitter, helps them establish an exercise habit.“