Let’s get the obvious out of the way first. The Tour de France is the most prestigious and possibly the most difficult bicycle race of the Grand Tours: 21 stages over 23 days, just two rest days, and covering around 3,500 km (2,200 miles). Each team has eight riders and the rider with the lowest cumulative finishing times is the leader of the race and wears the yellow jersey.

What’s slightly less well-known is that every year, thousands of amateurs test their overall fitness, cycling skills and nutritional strategy on one of the Tour mountain stages, a few days before the professionals come through. This event is called Etape du Tour and I’ve done two, in the Pyrenees and the Alps. My first Etape in 2005 was in the Pyrenees, where Col d’Aubisque was the main climb: 17km long, with the summit at 1,709m and a maximum gradient of 13.2 per cent. Training for this event taught me that cycling is all about numbers.

Part of the training for this personal challenge took place at Third Space Soho, where back-to-back cycling classes took place on a Friday evening. Although fun in 2005, I couldn’t measure the result as bikes didn’t have the technology and trackers were not common then. So, during the week, I had a real bike on a turbo trainer using the Billats method of speed, distance, heart rate and time in the hypoxic chamber set to 3,000m above sea level. Lactate training optimised my lactatethreshold, and over time the 4 x two-minute surges with rest intervals improved my mental toughness and my VO₂ max.

At this time, I also completed my indoor cycling certification at the London Central YMCA so I could start teaching, keen to encourage more ‘mature’ riders. I was also keen to get more from my indoor riding experience wherever I was riding, but the product was inconsistent. With Johnny G having devised Spinning in his garage back in 1989, in the process giving birth to the indoor cycling revolution, I therefore took every opportunity I could to ride with him at IHRSA, as well as on his promotional and educational tours.

While the real tour was riding into paris, i was at digme doing back-to-back-to-back rides 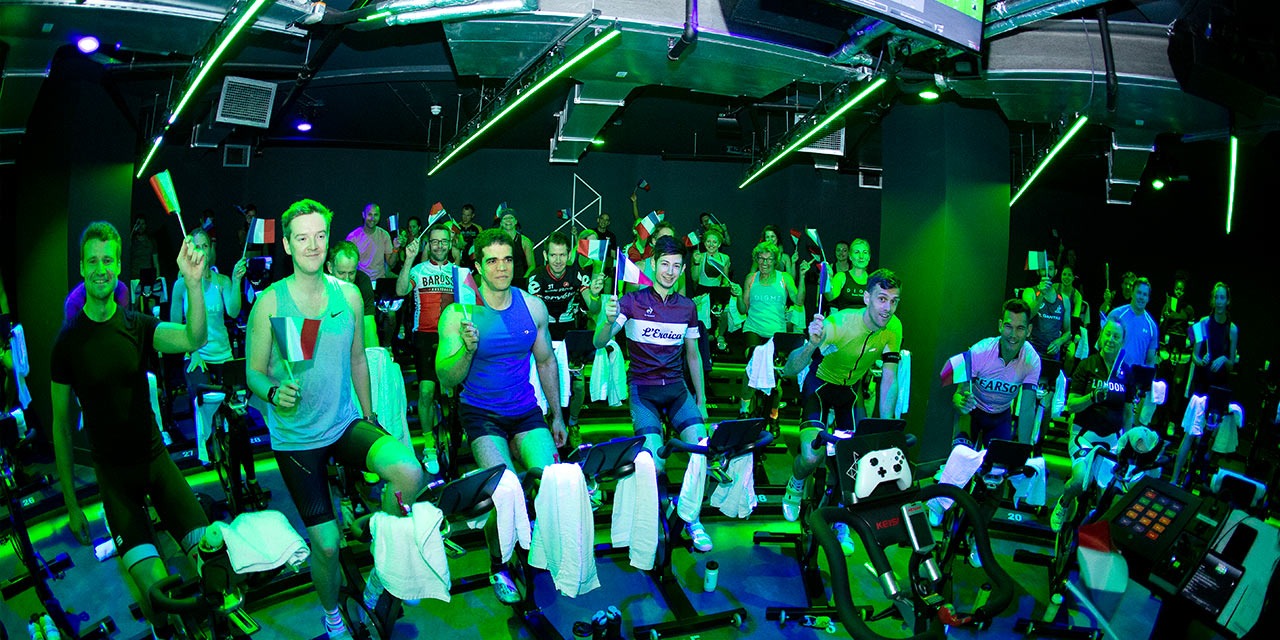 Given this background of road racing and being hooked on cycling indoors, I was intrigued to read about the Tour de France-themed classes at Digme, the boutique cycling studios in London and Oxford. Digme’s Tour de France event had been running coterminous with the real Tour (see ‘Digme – United in Fitness’ briefing box) and I had the opportunity to join some special riders on the final Sunday at Digme Fitzrovia.

Of course, indoor cycling classes have taken the boutique and general fitness market by storm; the talent for developing new cycle concepts seems never-ending, while over a third of private clubs – and slightly higher across the public sector sites – have dedicated cycle studios.

But what stood out in advance was the length of Digme’s ‘Perform Plus’ Tour de France event. On timetables across the sector, the most popular indoor cycling class is 45 minutes, followed by an hour. Very occasionally, programming provides the opportunity to do back-to-back for 90 minutes – but three 45-minute classes back-to-back-to-back, which was what lay in store at Digme… that will be out of most comfort zones and was a first for me. With instructor change-overs and water refills, that’s around 140 minutes in the saddle.

And so it was that, while the real Tour was riding into Paris, I was at Digme being pushed by Paul, Laura and Gareth – the instructors who shared the load through the back-to-back-to-back rides. Gareth built the final session into a crescendo of profiles which burnt the calories – over 1,500 in total – and gave me ‘des souvenirs’ of the lactate training programme. Gareth and I also had in common riding with Johnny G in the late 90s. 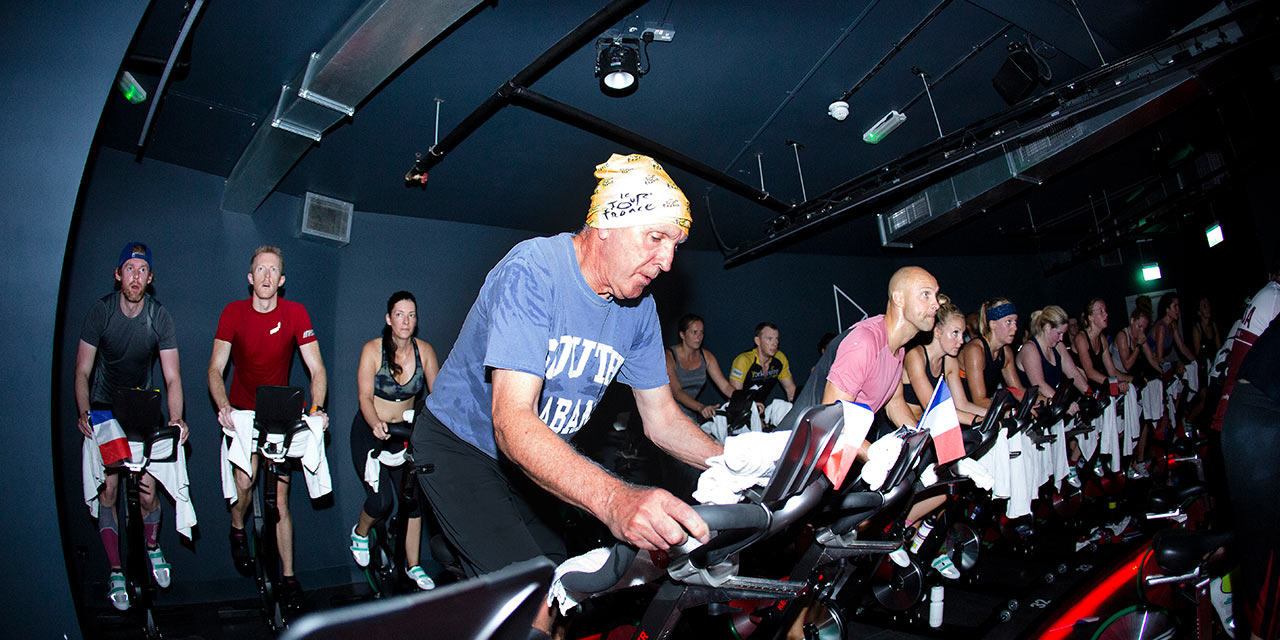 Digme uses Keiser M3i bikes and Spivi screens, which allows for live data to be transmitted from the bike via Bluetooth and displayed to all in the class. This in turn allows for accurate power-based training, whereby each rider in the class can ride to his or her own level based on FTP (Functional Threshold Power). It’s a great way to ensure every rider is pushed equally, whatever their power output, as well as to track progress.

Interestingly, INEOS – the sole owners of the British professional cycling Team Ineos (formerly Team Sky), whose riders came first and second in the 2019 Tour – uses the same bike-data-screen combination at its offices and plant in the UK and Europe as part of its corporate wellness offering… where classes are run by Digme’s Gareth. All the elements were in place for a great event.

However, if I might offer some constructive criticism – and appreciating this is just one person’s view – I felt the heavy focus on data rather overwhelmed the class. Of course, the regulars were aficionados of Perform Plus, which is Digme’s data-centric, performance-based class; I may well be a lone voice here! But even though the Etape du Tour taught me that training is about numbers, when it comes to classes such as this, I come from the school of enjoying the moment.

In contrast, I felt that those around me were so focused on the on-screen data that there was no scope to simply enjoy the ride. And while that might be fine in a normal class, when you’re trying to create a special Tour de France vibe… well, perhaps there might have been scope to do something different with the screen, such as showing Tour de France footage? As someone who has ridden sections of the Tour de France, I would have loved to have been challenged to climb one of the legendary climbs, adjusting my gears to match the incline on the screen in front of me.

As it was, I felt the focus was a little too heavily on data, with not enough to really tie me to the Tour de France itself. 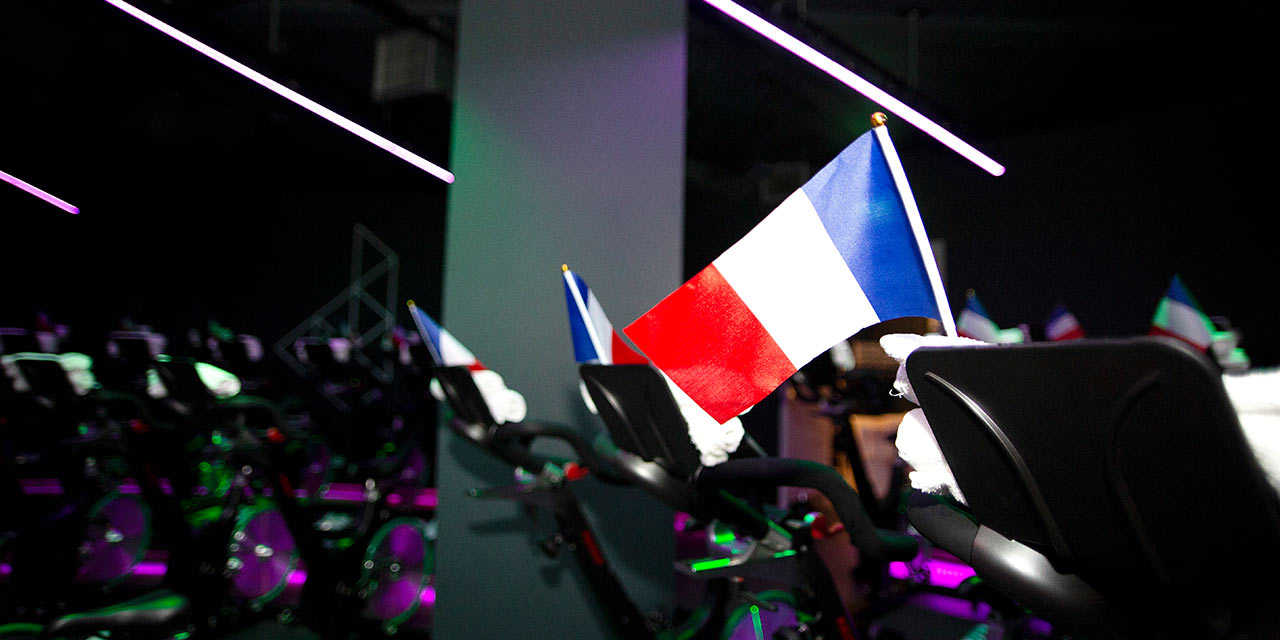 But all that is detail, and as I say just one person’s perspective, and should not take away from what was a very enjoyable event. It was also a thought-provoking one: when I told people I was doing three back-to-back classes, eyebrows were raised, but actually why not? Why not even do four? If you think about it, just one of the big climbs will take you an hour on the road. By comparison, a 45-minute class with just bits of climbing is nothing. Digme therefore has to be praised for this – for opening people’s minds to the possibility.

And Digme delivers all of this in a very achievable way. The Tour de France event wasn’t one long class – it was three separate, back-to-back classes with different instructors, each with their own style. Why shouldn’t other clubs and studios structure their timetables so there are three or four classes in a row, allowing members to do multiple consecutive classes if they wish?

why shouldn’t other clubs or studios run three or four classes in a row, and tie it all around a theme?

And absolutely, why not tie it all around a theme? There are plenty of other fantastic Grand Tour events to link to; Digme already runs themed classes around events such as the Giro d’Italia. Food for thought for other operators out there.

So, my main take away is this: let’s have more back-to-back programming, and back-to-back-to-back classes at weekends please. Great fun, and thanks for the ride Digme. 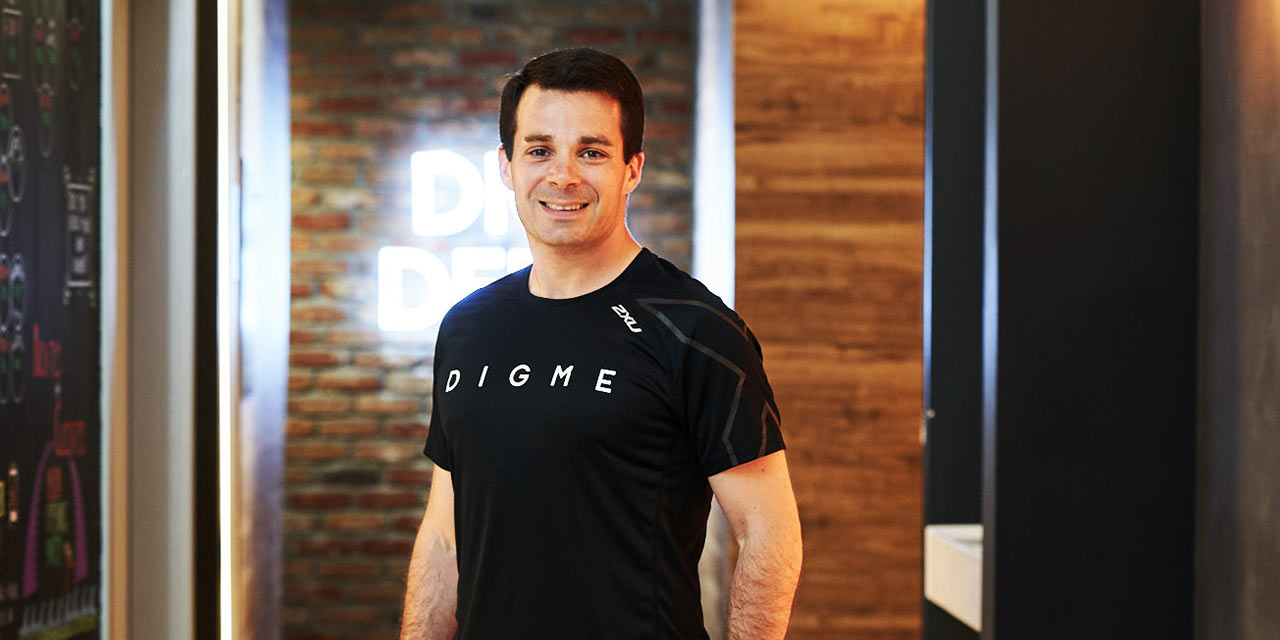 Geoff, please set the scene: what is Digme all about?

Digme offers a diverse range of world-class, authentic indoor cycling and HIIT classes in an inclusive, community-focused environment – one where you can track and measure your workout.

We’re there to help people make a positive change: to be healthier, happier and to achieve their best self. We encourage customers to set their sights high, achieve more than they ever expected and leave feeling exhilarated and in the best shape of their lives.

Whether you want to get lost in the music and ride to the rhythm, track your fitness using data, or experience an exhilarating HIIT class, we have something for you. It doesn’t matter if you’re a first-timer or a fitness fanatic: we represent fun, accessible fitness where you’ll dig deep to achieve your goals.

What was the idea behind your recent Tour de France event?

Digme has a really motivated, inclusive community and we love bringing that community together – especially for a workout!

each week, our members tackled a different stage of the tour de france

We have some very talented riders who join us for Perform Plus classes – our data-centric, performance-based cycling sessions – week in, week out. We knew they would love to be involved in a series of themed classes based on the Tour de France, taking their workouts to a whole new level.

What did the event involve?

We ran Ride the Tour sessions workouts in our Perform Plus classes throughout July, culminating in a special Tour de France event at our Rathbone Square studio on Sunday 28 July. All sessions were designed by our world-class Perform Plus instructors Paul, Laura and Gareth – themselves impressive cyclists, triathletes and Ironman finishers.

Each week, members tackled a different stage of the Tour de France, with time trials, epic climbs, sprints and challenges to mirror stages of the tour. Stage one – Pau – was an individual time trial. Stage two – Saint Jean-de-Maurienne to Tignes – was short but intense, with lots of climbs. And stage three – Embrun to Valloire – included a trio of classic Tour de France climbs: Col d’Izoard, Col du Galibier and Col de Vars.

There were lots of prizes up for grabs, including jerseys for the furthest distance travelled across the three stages; the most sprint points gained; the highest average watts per kilo on the challenges; and the best young rider (under 25 years). There were also team awards – the furthest combined distance travelled for male, female and mixed teams – and an award for the gutsiest effort during each class. There were also spot prizes of much-coveted yellow socks up for grabs – for best effort made, someone’s first class, and so on.

Do you organise events on a regular basis?

On the first Thursday of every month, we run Climb n Cleats in our Moorgate, Richmond and Oxford studios – a 60-minute Perform class themed around a different legendary climb from around the world each month.

We also run themed classes for the major tours, such as the Giro d’Italia.

What is the value to the business of events such as this?

Bringing the Digme family together to train is what makes Digme so special, and events are fantastic tools to do this. Diggers are brilliant at bringing fun, energy and enthusiasm to push themselves to new highs.

Digme Fitness currently operates five studios in the UK, with four in London – Rathbone Square, Moorgate, Blackfriars and Richmond – and one in Oxford.